The dishevelled bass player cuts a tragic figure as he stands by the entrance to the Metro holding a home-made sign that reads; “wife and two kids to feed – please give generously”. The battered guitar case at his feet holds nothing but a few coins; like his self-respect, the instrument it once contained now gathers dust in a down-market Parisian pawn shop. 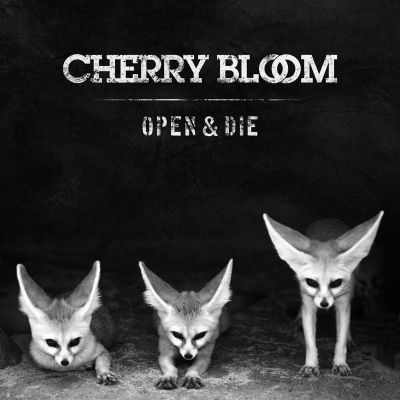 There was a time when the lives of the people, who barely notice him as they hurry through the wet, grey streets, were sustained by his rhythmical pulse; their souls penetrated and the sound of blood rushing and pounding in their ears as they convulsed around the dance floor like drunken marionettes. Now it’s all drums and electric guitar, and so he waits for an answer like somebody who knocks at the door of an empty house. Soon there will be more like him, desperate, forgotten people whose only crime was to have four strings. Yesterday, at the soup kitchen, he met a man who told him that the program had already begun – ‘we’re no good for tourism,’ he said bitterly, ‘who wants their portrait painted in Montmartre with a homeless bass player shuffling away in the background and spoiling the composition?’ Worse still were the reports in the discarded morning newspapers of bassists in plastic bags being dragged from the city’s rivers and canals like so many unwanted dogs.

Cherry Bloom have a lot to answer for. On ‘Open & Die’, the Parisian two-piece demonstrate how to get by in a world without bass players by delivering ten blistering tracks of groove-heavy rock and roll. At the heart of the impressive deluge of sound lies the relentless battery of Julien Jourdan, a drummer who drives the songs like he just stole them and whose unapologetically hard-hitting style is a reminder of what the White Stripes could have sounded like if only Meg had learned to play. Similarly, Winnebago Deal could learn a thing or two from guitarist and vocalist, the impressively named Octave Zangs, whose creative approach enables Cherry Bloom to pursue a more multi-dimensional approach to their brand of alternative rock.

Full of in your face guitars and sledgehammer drums, ‘Open & Die’ is a raw gem that just gets better with each successive hearing. The first single taken from their self-produced second album, ‘Get By’, fuses the funk grooves of Rage Against The Machine with elements of the best of Seattle’s Grunge bands, and yet through Zangs’s heavy guitar work and Jourdan’s rhythmical onslaught, the song still retains the feel of a mescal fuelled generator party thrown by high-desert punks, Kyuss. From the deceivingly muted intro to the bulldozing opening track ‘Blood Rights’, with its echoes of Queens Of The Stone Age and Death From Above 1979, to the eerie fade of the final cut, ‘The Everlasting Movement Of The Red River’, there is not a single wasted moment when listening to ‘Open & Die’; nor it would seem, a wasted bass player. In light of their achievements, Cherry Bloom can be rightly proud of their stripped down juggernaut.