Ah, Combichrist – the aggrotech beasts formed by Andy LaPlegua, return with their fifth studio offering ‘Making Monsters‘. What the four-piece do here is offer solid, aggressive music to get fu***d up to. Which, we suppose is their thing…really. This album does have a few surprises on offer here though. 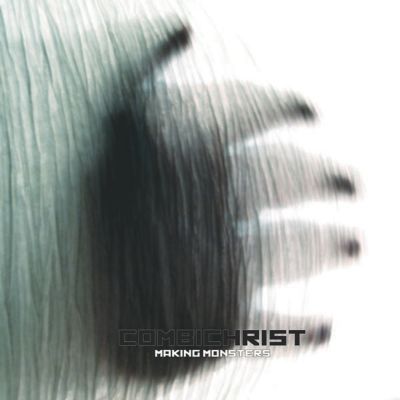 ‘Making Monsters‘ is possibly their darkest offering to date, and on the whole feels like a return to the old-school electro-dominated sound. The album starts off in unsettlingly fashion with ‘Declamation‘ which comes in with a dark minimalistic beat, setting up for the rest of the album nicely. It feels like the calm before the storm too – it’s nice to feel that level of excitement and to not quite know what’s coming next – that’s what has managed to set Combichrist apart from their EBM-influenced counterparts.

Stand out tracks on the album include ‘Never Surrender‘ with its ‘Everybody Hates You‘ era stylings, ‘Throat Full Of Glass‘ which feels different to other songs in the extensive dark-electro CC back-catalogue, being a lot cleaner (and arguably more “poppy”) than what we’re used to hearing from them. Other tracks that serve to show the band’s sonic progression include ‘Forgotten‘ which has an MDMA-fuelled beat and typical sleazy lyrics, ‘F*** Machine‘ meanwhile has a frankly terrifying aura about it, menacing and psychotic in its approach, it is the sort of music you could imagine Jigsaw or Leatherface putting on to soundtrack their own sex tape. ‘Slave To Machine‘ again sees the band reach into their past for inspiration – this one’s all disconnected beats and visceral aggression. The album’s closing track, ‘Reclamation‘ is very un-nerving and seductive in its approach – it’s nothing like we’ve heard from them before – it’s an unusual slice of NIN and Numan-baiting electro-rock that is much slower and heavier than any listener will be used to from this band. A welcome addition to the band’s roster and we’ve no doubt a future fan-favourite.

So, to sum up, this is an interesting collection that moves the Combichrist blueprint forward slightly – a dark slice of paranoia, nightmarish soundscapes and twisted sentimentalities. In a way, some of it almost feels very influenced by LaPlegua‘s other band Icon Of Coil, which can’t be a bad thing. It’s certainly going to be one hell of a trip to observe what industrial’s favourite sons come up with next. Few fans may be disappointed in this record, but it will more than likely hook them in thousands more.