Economic melt-down, on a scale widely accepted as global, a looming US invasion of Iran, the Arab Spring falling to the bloody sword of Western-backed counterrevolution and one crazed sect after another predicting the End Times, all that’s needed is an appropriately apocalyptic soundtrack. Thankfully, Concrete Lung is here to fill the void and as the global ship sinks, the band plays on… 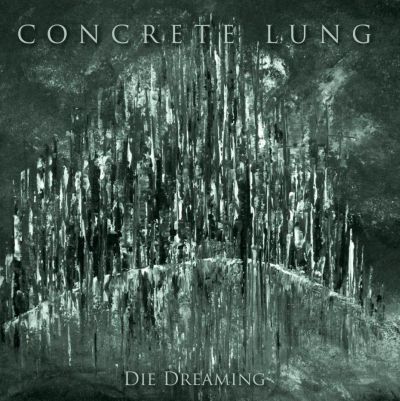 The duo’s full-length debut platter, ‘Visions Of Hell’, laid out their bleak, nihilistic manifesto in uncompromising style and here the programmatic detail, the flesh on the bones, is added. Crushing, relentless and utterly unapologetic, there is, however, a slight shift from the template to which the band nominally subscribed on the album. Less industrial and more metal than previously, almost doom-metal, actually, the cuts here, nevertheless, retain the bleak, digital coldness that characterises their abyss-beckoning sonic musings; a sound they describe as “metal-industrial”.

One should be advised, though, that this is no genre cut-and shunt operation; rather, this is the avant garde experimentation of an act that has nothing but contempt for the conventional norms of music-making. Atonal, almost Schoenbergian in its determined rejection of standard melodic and harmonic structures, this is challenging, complex and utterly free from sell-out or assimilation. It’s not easy, it’s not accessible and it insists the listener meets it on its own terms. It will not occupy any place other than the outermost-reaches of the musical cosmos. What it will do, though, is offer those sufficiently equipped to face its myriad demands an aural experience of the purest and fiercest artistic integrity.

The end of the world will sound like this.