It would be impossible to review Craig Finn’s first solo album ‘Clear Heart Full Eyes’ without comparing it to the music of his “other” band. Since splitting with first band Lifter Puller, he has been frontman of The Hold Steady (since 2004), enjoying major success with their credible indie-punk-rock sound. So what does Finn has to offer as a solo artist that can’t be found listening to his band? Well… he has removed the usual “gravelly” edge from his voice and slowed the tempo right down; which fits well with his newly found downbeat, reflective style. 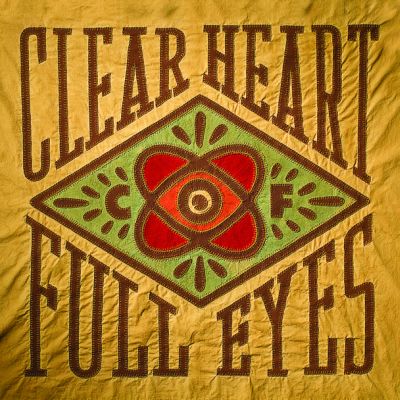 The CD commences with ‘Apollo Bay’, which is a brave move for Finn as it is such a “dreamy” song to begin the album; with melancholy guitar and vocals that may surprise the loyal Hold Steady fans who were expecting another variation of their favourite band. It’s well known that Finn counts Bruce Springsteen as one of his biggest influences and so it’s no revelation that his solo work is being compared to that of Springsteen’s. The mood perks up throughout the album with tracks such as ‘Honolulu Blues’ and punk-referencing ‘No Future’ which talks about taking advice from musical legends Freddie Mercury and Johnny Rotten. “Best advice that I’ve ever gotten was from good old Johnny Rotten, he said “God save the Queen, he said, “no future for you, no future for me” This whole record really does have an upbeat edge that reflects Finn’s musical background, but lyrically it hints that he has some underlying issues that he has been dying to write about away from the rest of his band.

The tracks that work best on the album are the ones that are furthest away from the sound of The Hold Steady, such as ‘Western Pier’ which is a laid-back country song. Whereas, some of the other tracks such as ‘When No One’s Watching’ and especially ‘Honolulu Blues’, sound like Finn is making a conscious effort to move away from his better known rock sound, and would probably benefit from being played a bit louder.

The album is heavily influenced by the fact it was recorded in Austin using accompanying musicians from Texas, which has given the whole album a country-esque vibe, and could also be the reason why there is such a religious tone underneath the album, especially with the track ‘New Friend Jesus’. The album recording was completed in four days and Craig sang his vocal live which increases the album’s overall relaxed, poetic style. The rock arena sound of Hold Steady has been stripped away to give the listener a more personal, heartfelt performance.  Craig’s narrative style continues throughout the album, creating characters and settings that flow through, making it great to listen to from start to end. This is an album ideal for a lazy Sunday afternoon.