CD Review: Cut Yourself In Half – Mekkanizm’

Home » CD Review: Cut Yourself In Half – Mekkanizm’

These boys from Bradford and Nottingham have entered the music scene with less of a bang than their music style would directly imply. Cut Yourself in Half don’t mince words with their debut; ‘Mekkanizm’ hits the ground running with album opener ‘Little Misadventure’, a wall of sound constructed of crunching and distorted guitar-work. 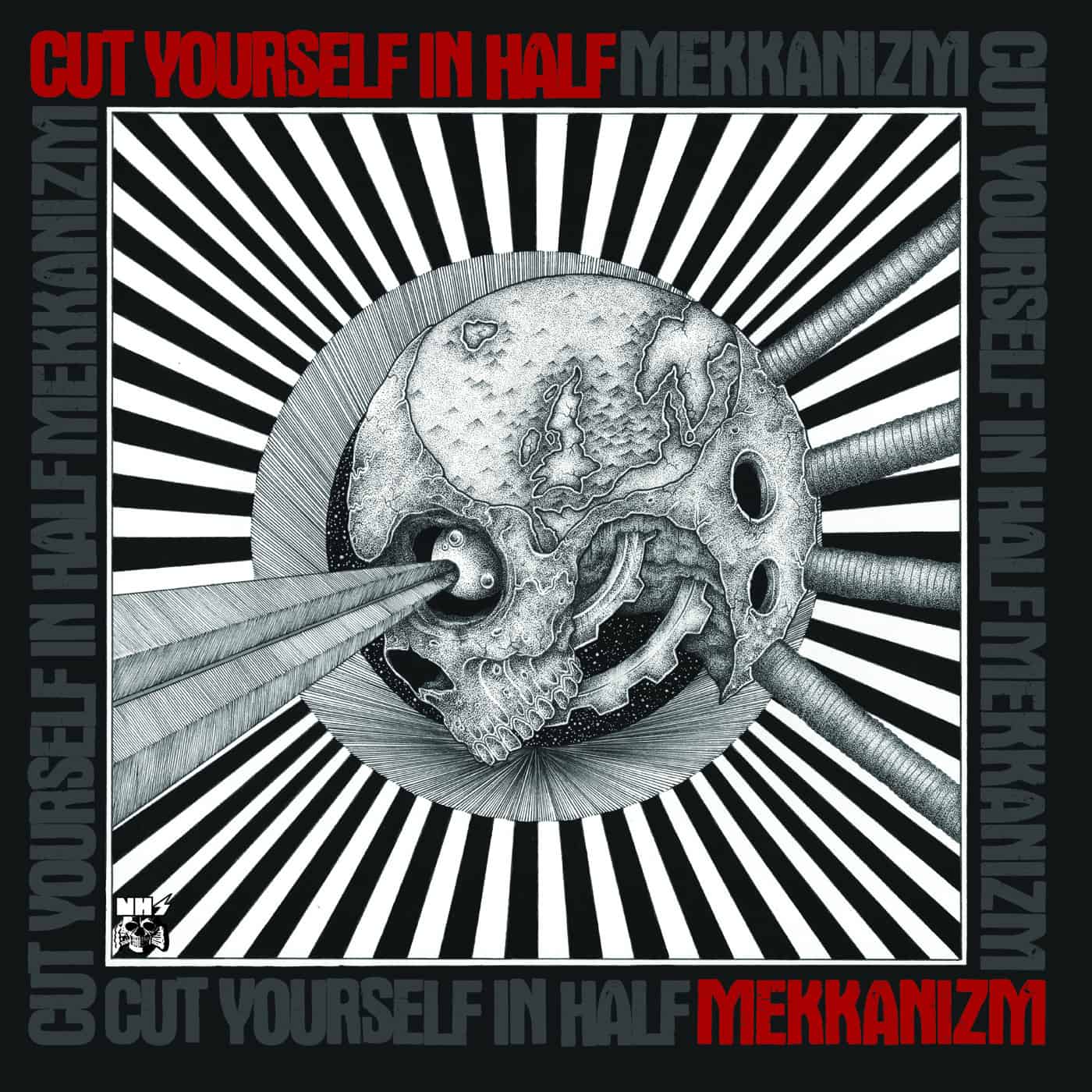 As good a start as any, yet it’s the vocals which disappoint here, striking an uneasy middle ground between clean and distorted which leave a listener unsure how to react. Vocalist George Quinn should probably have more faith in his pipes and ditch the effects more often, we’re sure the variety and clarity that follows would be welcome and refreshing. Fuzz-pedal aficionados will have a field day with this record, stoner-rock licks aplenty look sure to please fans that are accustomed to a dirty riff or two.

Impressive guitar solos only serve to sweeten the deal: the axework on this album is competent to say the least. But again, the two guitarists don’t need to have such a vast dependence on the pedals. The duo of aforementioned singer and Mikey Feather have definitely neglected to adhere to the latter’s namesake when it comes to playing style. Everyone loves a bit of bass, and this record has realised the adoration we have for thumping and invasive lines; Stefan Wilton keeps rhythms flowing nicely with solid skills and relative ease. The drums, it has to be said, are pretty darn faultless. Holding any beat thrown at him and probably leaving his kit feel like it would have a preferred a 15-minute stint on the naughty step, Jonny Newell is the unsung hero at the back of the stage. A good counter-argument to the old favourite joke in music, “Drummers aren’t real musicians.”

Any accusations of a lack of originality are shouted down (at least partially) by the decidedly experimental tracks ‘Virachoca’ and ‘Spider Legs’, creepy and atmospheric, the band can only be commended for foraying into unusual territory. Musically, the record is well structured. It is such a shame, however, when artists feel they need to cloud what they create in a haze of various effects and distortion. A promising venture, yet one likely to divide listeners due to that “love ’em or hate ’em” vocal style, ‘Mekkanizm’ is a gallant effort from what is still a young band, and one that at the least provides enough no-nonsense riffage to warrant a listen from curious ears.