Having just completed their first tour, Bath alt-rockers Daedalus’ Right Eye are gaining in popularity. They are Laine Pearce-Rees (guitarist and vocalist) Chris Yeoh (guitarist and vocalist) Ramsey Marwen (bass and vocals) and Tom F Clark on drums. Instantaneously, their influences are recognisable; they have the fun elements of Panic at the Disco! and Fall Out Boy, but without the shallowness of songs about girls and sex. They’re a little edgier and darker; it’s story-telling power pop with a slice of the anthemic. 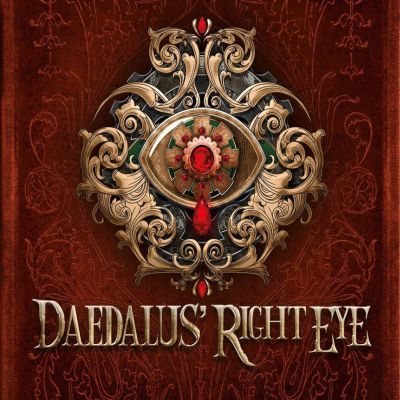 Their self-titled début EP is based around the loose concept of the character of Beatrix Rowe and her tales of love, woe and debauchery in the town of Valentine Place. Describing their EP as a “steam-punk Victorian-era sci-fi-opera epic”, this idea of their music being based around a saga adds another layer of thoughtfulness and creativity.

Starting with the ticking of a clock and acoustic guitar, the atmospheric introduction of ‘The Light in Your Window’ promises something special for the rest of the record. We have the emotive harmonic interplay of the two vocalists, evoking awe, beauty and disappointment when it ends at just over a minute. ‘Dream Catcher’ is one easily placed in the Fall Out Boy slot machine, with Pearce-Rees’ Americanised vocal work, fun lyrics referencing “kerosene kisses” and a bright catchy guitar riff. ‘Let’s Pretend’ is in the same vein as ‘The Light…’ was, with a romantic rock epic twist. Meanwhile, ‘Our Favourite Sun’ and ‘Mr McKeif’ are pop-punk to the bone with delightfully engaging lyrics that have you smiling and bopping about.

Each song offers something interesting and thought-provoking, both lyrically and sonically. If DRE continue honing their sound within the pop-punk-alt-rock genre, with their own blend of thoughtful story-telling, they are destined for great things.