On the face of it, Dead By April have acted bravely in producing a heavier and more dynamic sound than the self-titled debut. However, their attempts at a “futuristic” approach with the constant use of synth and electronics may have fired this rock band into the past, rather than the future. 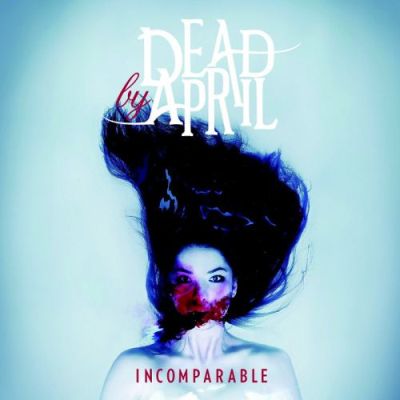 Zandro Santiago’s undoubtable talent for belting out a tune is a huge positive for this record, with his transitions from singing to screaming creating a unique brand of intensity, but again, there is far too much reliance on synthetic elements. Indeed, ‘When You Wake Up’ spurs our anger most significantly on the album, as the excellent voice of Santiago is tarnished somewhat with a horrifically poppy robotic effect throughout.

On the other hand, the album’s title track is defining and its simple lyricism contrasts against the almost evil-sounding synth complimented by the hard-hitting drums. This, along with the atmospheric change in tempo creates a clear image of a great live performance with the crowd loving every hair-whipping minute. With tracks such as ‘Within My Heart’ and ‘Crossroads’ adding a softer touch, they are the standouts; the clever use of piano on both accompanies the impressive vocals and well-written lyrics; these efforts particularly represent a promising crossover style that arguably encapsulates the trademark sound Dead By April have been looking for (as long as that heaviness can be maintained, of course). The Swedes certainly don’t disappoint in their consistent riff and drumbeat quality; each thump and strum adds to the paradox of soft melodies mixed with masculinity. On the whole, ‘Incomparable’ is a decent album, but we fear that Dead By April have simply settled into an alt-rock comfort zone that will not see them progress further.

For more information visit the official Dead By April website.