To coincide with a huge upcoming summer tour with Combichrist and Skinny Puppy as well as the promise of a new album, Dismantled have “coincidentally” re-released their 2006 submission ‘Standard Issue V2.0’. 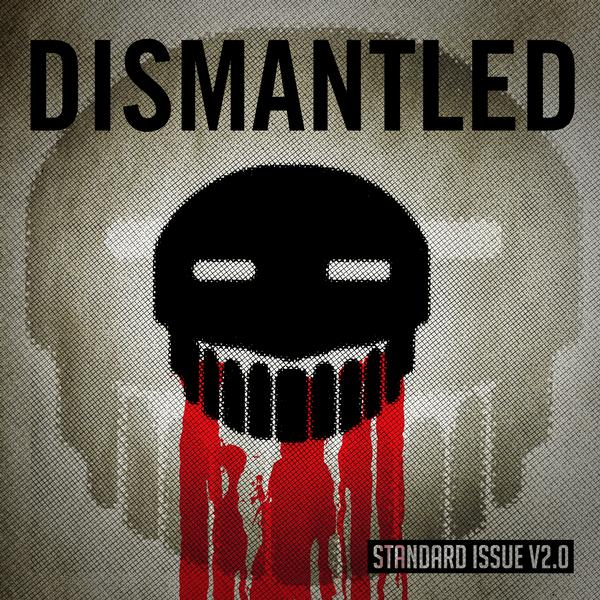 On its original outing, ‘Standard Issue’ was a fair success in the States and in Europe due to its infectiously danceable appeal and futurepop overtones, and the fact that they capitalised on the ever popular, flavour of the moment VNV sound that was flooding the dancefloors at the time. All this compared to their gritty but misunderstood 2004 release ‘Post Nuclear’ which was true definition for Zon‘s sound. This time around it has received the re-mastered treatment along with the addition of three extra tracks and new artwork which for us is not its main selling point, hearing the album again gives the (re-) listener a retrospective look as to why the album sounds so mainstream, it was so that Dismantled could stay alive.

When listening to the album closely, it is plain to see that Dismantled had taken everything from the scene at the time and mashed into something as accessible and dancefloor-friendly as possible, for the simple reason of pleasing the record company and critics alike. The difference with this is that the animosity towards the crowd that courses through ‘Standard Issue’ is a joy to hear, Zon is basically putting the listener in a position to take a good telling off for liking the sound.

Tracks like ‘Get It Through’ and ‘Anthem’ continually inform you that the whole sound that you love is no longer alternative to anything…..it’s generic, it’s standard issue and you know it. Zon whispers, “But I don’t mind that it’s the same old sh*t cos’ innovation’s really hard to sell” with such bitterness it makes you wonder if you should be listening at all. Unfortunately for him, yes, this album is incredibly catchy whilst posing no threat to his former glory of ‘Post Nuclear’ which does have its influences on ‘SI V2.0’ with the likes of ‘Breed To Death’ and ‘Fields’ They possess a grudge against the rest of the album and refuse to be danced to, but not just listened to they want to be heard as well. This goes especially for the title track, an amazing piano piece that puts the listener into Zon‘s frame of mind at the time of writing and him being forced to change in order to survive.

From the outset, ‘V2.0‘ has nothing more than the original had but it carries with it some excellent work along with a message that conformity strongly exists within this “non-conformist” dark music scene. It’s just an ironic twist that Dismantled have ended up playing with Combichrist, thus completing the circle of the “alternative sorority” that we’d all hoped it would never become.