When you mention the name ‘Electric Six’ to someone, what is the first thing that pops into your head? Let us guess… ‘Gay Bar! Gay Bar!’ And naturally, this thought immediately inspires you to start dancing around making terrible “sexy” moves at your bemused best mate…yes? Well this new album takes things up another notch and should see you breaking out some disco moves instead of thrusting yourself at people. We hope… 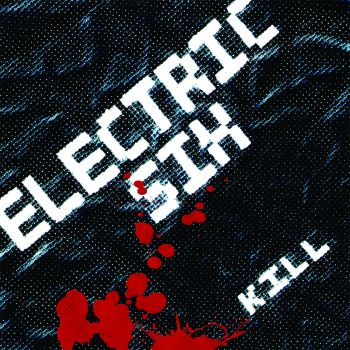 “Kill” is going to be a surprisingly pleasant sensation that you will want to listen to again and again…yeah, that’s right, we said it. Dick Valentine and his throbbing disco balls will leave you with electricity gushing from out of your lobes. The album consists of the familiar ideas and funky bass-lines that have made Electric Six so infamous throughout their years. This collection combines various genres such as disco-pop and rock in such a way that you are guaranteed to be out of your seat and dancing around like you’re back in the 90s…you may even want to get some glowsticks out?

Combining as many mixed up genres together in one tiny concentrated bottle of musical viagra should go a long way toward grabbing the masses and soaking them with musical triumph. Whether you are a  hardened metalhead or simply a renegade of funk music, you should dig this record.

Now on to the important stuff. By the highly scientific and accurate process of clicking the shuffle button three times we will review the song that comes up first…click…click…click… and it’s ‘The Newark Airport Boogie.’ The song starts and finishes with some great cowbell work. You can distinctly hear the unmistakeable vocal assault of Mr. Dick Valentine over a very Daft Punk-esque synth and drum loop. But, as Electric Six have done to us before, whatever is suggested in the opening minutes of this disco-infected pop tune is completely twisted around when classic guitars break in at the chorus. It’s a party anthem with a pinch of rock and an extra electric shock.

The second song to be shuffled is ‘My Idea Of Fun‘. When listening to the album all the way through for the first time, this song stood out for us. It is a definite departure from the band’s previous work and it’s a very eerie tune with passionate lyrics ala “My idea of fun is watching you come undone… game over.. my idea of a good time, is you losing your mind…” We believe this song is about getting ahead of everyone else, and so it should certainly evoke in different ways. The best (and most wonderful description) we could give would be The Beautiful South collaborating with The Wu Tang Clan. Of course it’s a strange mix, but check it out for yourself and I think you will get where we are coming from.

The finale from our shuffle extravaganza is ‘One Sick Puppy‘. This song is all about bonking, drugs and rock and roll. Essential listening then! With the lyrics, “Demonstrating the latest positions…A baby is born and I’m one sick puppy” and “I’m done with law and order ‘cos I’m one sick puppy and if you wanna see me all you do is say suck me.” It is pretty obvious really that this was always meant to be a sleaze-infected dance-off, and it’s definitely the most hard-hitting track on record with the guitars and drums cranked up to 11…tasty!

In summary, the new album sounds like what would happen if Jamiroquai had a baby with Turbonegro and it was adopted by Chris Cornell, Mika and The Talking Heads. Seriously though, Electric Six are back and they are ready to have babies with you.

The new album arrives in stores October 20 via Metropolis Records. The band will play a show at The Duchess in York on December 6.