Since their inception in 2003, Evaline may have lost both a record deal and their drummer Steve Forrest – now resident sticksman for Placebo – but their luck seems set to turn. Fresh from wowing crowds at Download Festival and Hard Rock Calling last month, the Californian six-piece now release their first full-length album, ‘Woven Material’. 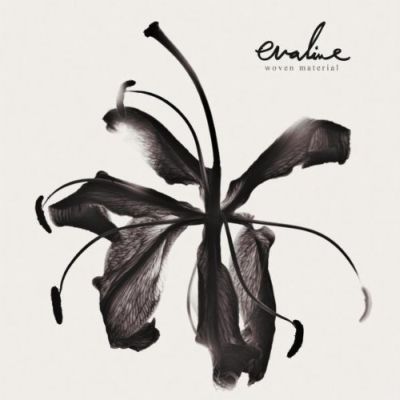 The record’s title is fully representative of the band’s multi-layered textured rocky sound, veering between the aurally sinister and the uplifting with the technical sophistication of a band with twice as long a recording history.

Album opener and current single ‘Beneath The Fire’ showcases polished licks interwoven with the solid beats of Forrest’s replacement, Greg Petersen, culminating in a rabble-rousing flirtation between a loud and soft dynamic which features throughout much of the record. Plus, any track bold enough to feature bagpipes deserves a mention.

The anthemic ‘There There’ and choral ‘Who Are You?’ are fast-paced romps through the soundscape of Evaline’s creation, a wasteland between danger and safety, control and chaos. Richard Perry’s vocals blend the tortured soul of Brian Molko and Matt Belamy’s theatrics with finesse, a choral junction of depth and colour that dances through the tracklisting.

The entire album throbs with a heavy atmospheric energy that manages to sound massive without ever crossing over into bombastic pretence, a noteworthy achievement. The Muse-esque ‘Ascend’ and ‘Rapture’ demonstrate the band’s synchronic musicianship at its finest; evocative rhythms and soaring vocals teetering on the verge of delicacy before crashing into guitar-driven ferocity.

The rich tonality of Daniel Petersen’s baritone guitar lends Evaline’s brand of melodic brooding rock a depth lacking in many other bands’ outputs, a gentle blurring of noise into the seething bass undercurrent. Momentum is lost temporarily with penultimate interlude track ‘No Time To Breathe’ before the climax of ‘All In My Mind’, a daring orchestration of apocalyptic sound. Failing to capitalise upon the relentless acceleration of the prior ten tracks, the closing pair fall slightly short of the high standard ‘Woven Material’ has created.

Throughout the record, Evaline hone a signature sound that will flourish and develop through later releases as they grow into the seismic sonic force they deserve to be.

‘Woven Material’ is a convincing and fully modern interpretation of guitar-driven rock, and a fully triumphant first album.