There’s a lot of hype behind Flesh Eating Foundation, and they have long been a name that is synonymous with UK Industrial. Do they deserve this praise? Abso-frickin-lutely. Not to sound cliché but this lot have been through some dark times over the last year, and they have come through it. 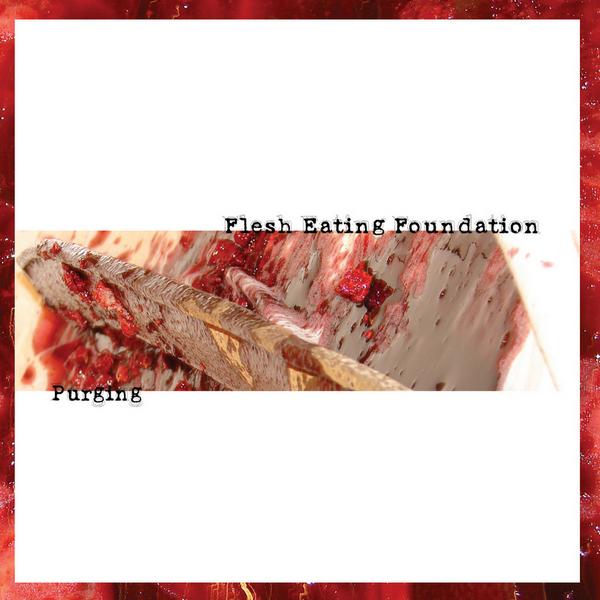 Opener ‘Victims’ is an slice of EBM-infused electro-punk with some serious substance (it’s written about the Sophie Lancaster murder), skyscraping synths and huge beats that rival even Alec Empire’s best work.

The original version of ‘Godless’ is a club-baiting dark-electro anthem that bands as diverse as Angelspit and Front Line Assembly would be proud to call their own. It’s abrasive and anti-religious Industrial punk that commands your absolute attention from start to finish, prepare to be bulldozed by the massive machine beats. ‘Fucking Sick’ is a furious assault on the darker side of humanity and those in our society and on the news who are seemingly without a conscience or any remorse. The haunting and hollow vocals are a highlight on here as the fast-paced delivery works alongside the extreme drum n’bass blasts and blistering guitars that dominate.

The Ladder’s remix of ‘Godless’ is an exhilarating slice of dance and EBM for the clubs that still allows for the song’s lyrics to hit home while anyone listening will immediately start to move and flail around like a huge glowstick swinging octopus…or something. Anyway people, we don’t think it’s possible not to move to this, and DJs, we defy you not to play it.

‘Septic’ is an electro-opera at six minutes. It’s a much slower and more venomous track than earlier stuff, drawing upon contemporary Gary Numan for influence. Distorted beats will drill into your skull while the rasping vocals evoke and excite the senses. This song will grab at you and pull you down in it. It’s varied, intelligent and tastily dark.

[Digi]Core’s mix of ‘Godless’ turns this darkwave-styed tune into a full on metallic beast. It will blow a hole in your head like the best of Ministry’s work. This is the real cyberpunk. Follow-up ‘You Made Me Suffer’ is a schizophrenic and intricate journey through a variety of alternative electronic genres, it sees Jon Zero’s angry-as-all-hell vocals clash with parts of industrial, some EBM, a little trip-hop and there’s even some Gothness thrown in there for good measure. In terms of its impact on the ears it’s the standout track on the album.

Multi-Panel’s mix of ‘Godless’ is a very interesting way to finish the album, it’s short and not so sweet. The structure is changed dramatically in contrast to the other mixes on this. It works well, and it’s a definite switch of pace to finish things off nicely.

‘Purging’ is a testament to many of the great underground Industrial acts around at the moment, and what’s possible with a strong work ethic. Flesh Eating Foundation are finally receiving the attention they deserve. Of course it also helps if your veins are made out of cables and wire so you’re pretty much indestructible, which, you know…is probably true for the members of this band.