This sophomore debut hails from composer and multi-instrumentalist Tristan Irvine. The album plays out like a movie soundtrack, grand, vast and atmospherically poignant. Industrial, electro, ebm and orchestral elements dominate the sound but hold a beautiful balance. It is apparent from the off, that a great array of emotion and drive went into the creation of this album. The production is clean, crisp, concise, and quality runs all the way through it. 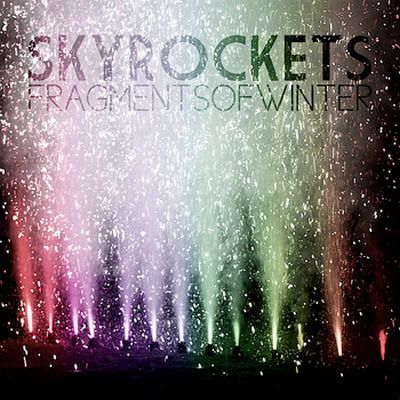 It’s all instrumental work, but the music tells a story…seriously now, you haven’t heard this before! If you have ever wanted to hear an album that drags you in deep and forces you to confront your emotions, then this would suit.

‘Astonishing’ is the first song off the album. It was described by the author as,“The song that best represents the music of Fragments Of Winter”. We’re fully in agreement – there’s whirling violins and subtle synths a-plenty on offer as part of this deliciously decadent track.

‘Bolts Out Of The Blue’ meanwhile leads into ‘In The Dead Of Night’- this one will evoke different feelings and reactions – it’ll cut you right to the core but that’s good really, isn’t it? This track’s got sweet piano chords, drum beats et al – ‘nuff said. The next track, ‘Bitter Colours’ takes on a different approach. It’s stationed on four equal chords but different parts were written for it using single chords and it evolved from there. ‘Sweet Implosions’ contains a piano-driven ambience that we’ve sort of fallen in love with…teehee. Again, the synths on this are not too over-bearing and the sound fits the album well. Sometimes, less really is more.

‘Five Hundred Thousand Feet Below Ice’ flows into ‘Running Through The Gloom’. The latter tune brings with it a slight distortion of synths and an urgency to get to the next stage. Once we are there, we truly understand the urgency, because now a positive mood has arrived and it overflows into the next track ‘The Loudest Rainbow’. Indeed, it is very loud, bright and colourful. This is the most upbeat song off of the album as pizzicato’s and violins help to mellow the tone. This isn’t just a one-mood album readers, there are several moods and stories that convey a clever narrative.

‘A Flower, Smashed’ as you might expect, showcases deep feelings of disappointment, sadness and confusion, despite this, it’s certainly a standout. The pace picks up again as we come closer to the end and enter heavier, almost angry territory on ‘Digital Breakdown’. This one’s made up of huge pounding drums and smooth cascading electronic beats. The mood carries on into ‘Lost In Walls’. Three endings were created for this album, this was the first one – as such, it’s suitably beautiful and atmospheric. It blends into ‘Astounding’, a continuation of the opening track ‘Astonishing’.

The final track ‘Full Circle’ contains a few minutes of delay before hard distortion hits. This is eventually broken up by some nice piano work to close.

In conclusion, if you want to experience some honest emotion and be taken on a personal journey, come and check this out. This is one continous instrumental rollercoaster with many stylish twists and turns that were built and developed over time to excite and move you in a variety of ways.