Canadian electro-industrial band, Front Line Assembly may be over twenty-years-old but their new album ‘Improvised Electronic Device‘, their first in four years, proves they deserve that long life-span. 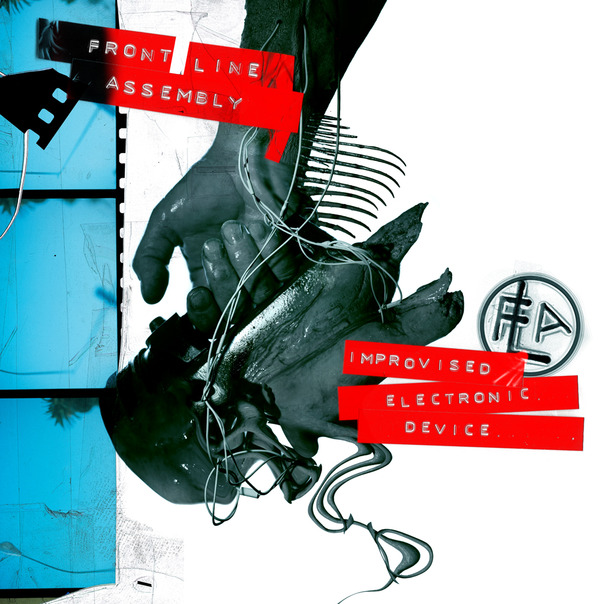 The disk does however get off to a bad start with the album’s eponymous track being unfortunately rather forgettable. In parts of its introduction it sounds like they just threw a bunch of vaguely creepy sound effects together and added a bit of generic ambient music which serves to preclude a largely uninspiring main part.

Luckily for us the album makes up for its false start with several very respectable songs. The single release ‘Shifting Through The Lens‘ is fast paced and addictive and is definitely destined to be a hit in alternative clubs. ‘Angriff‘ is another strong song and though it’s supposedly inspired by Front Line Assembly’s time in Russia, the chorus sounds distinctly Germanic, due to its close similarity to Deutschland’s finest musical sons, Rammstein.

With an album name that is a play on the ‘Improvised Explosive Device‘ used against coalition soldiers in Iraq and Afghanistan you could hardly expect this album to be apolitical. The song ‘Hostage‘ confirms this expectation by being both one of the most electronic and political songs on the album. Inspired by oil and the wars that are waged over it, this song is a song for those who would have preferred Nine Inch Nails‘ ‘Capital G‘ to have ditched the rock sound in favour of more synthesizers and computers. ‘Laws of Deception‘ is also a solid as well as overtly political song – check the lyrics: “Laws of Deception / Laws to control / Laws to crush those below”- but in contrast it is so bloody industrial it feels like you’re welding steel just listening to it.

Moving from the passionately political to the deeply personal we find the song ‘Afterlife‘. It is inspired by the death of band founder Bill Leeb’s father just two months after Bill had succeeding in his twenty-year search for him and is unsurprisingly a very emotional track. The relatively sedated sound and almost mournful vocals certainly do manage to create a deeply melancholy song. Even the inclusion of acoustic guitars is handled well in what is one of the better songs on the album.

Starting with what sounds like an incomprehensible alien transmission, ‘Downfall‘, which is the album’s finale brings the album to a close on high note as it evolves into a very atmospheric and powerful ambient song.

‘Improvised Electronic Device‘ is definitely worth checking out and is another fine addition to Front Line Assembly’s discography.