Just to give you a little bit of background before we begin, the band GLASS is Alexander King (vocals/guitars), Andy Curry (vocals/synths), Jim Stafford (bass) and Dan Whiting (drums). Formed in ’08 from the ashes of AKP, the name and this debut album, was inspired by Anthony Philip Glass, an inventor from the 19th century. The band’s mastermind King inherited a storage unit belonging to the late creator, and in there he found all manner of memorabilia. But hey, all that (and more) is in the blog over at the official website. Needless to say, a lot of time and energy has been concentrated and spent on researching the inventor who inspired this credible collection of post-punk sounds. 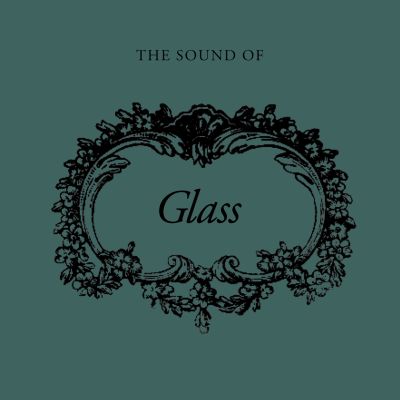 The first thing we notice here is clean production, which picks up where AKP’s professional standard left-off. Indeed, the creative energy is the same, as the band fire-off on all cylinders to create a diverse musical soundscape that will surely hook in dark alternative fans while managing to appease some of the ever-picky northern indie crowd.

To go a little deeper into this material, there are many singers who don’t have the perfect pitch in terms of vocal style, and King is one of these, but his falsetto range suits the sound well. There’s a strong poetic vibe that comes through in the first song ‘Driftwood’s Daughter’ and the jerking guitar twangs add to its overall strength and impact. We really find the concept of this band enthralling and it certainly makes the content different, Glass’ story is told consistently and well throughout this opener. ‘Without’ comes next and you can definitely hear the post-punk, new-wave elements that’ll remind you of bands such as Interpol and The Editors.

Meanwhile, ‘This Odyssey’ picks up the pace and you can hear the continuation of the theme through the desperate and heartfelt tones. The next offering ‘Nothing In The World’ is probably our favourite, it’s got a serious mystique to it – the beats are eloquently paced, and the mood picks up nicely towards the end demonstrating some of the band’s rockier influences. In contrast, ‘When The Rain Falls’ is dark and brooding, King uses his voice to demonstrate the story to great effect and the emotion and drive behind the music comes across readily here through strained guitars and emotive synth work. ‘The Last Transmission’ hits immediately with some striking baritone sounds before the final song ‘My Elan’ – this death-pop beast will strike at your core with its infectious bridge and emotive crescendo finish.

This album mixes a variety of genres and styles and it will certainly whet the listener’s appetite for a second record. Indeed, there is certainly some room for growth and development but GLASS have made a strong start here.