Barnsley-based GoldSoul like to embrace the fact that other bands including Black Rebel Motorcycle Club and Kasabian are already singing their praise, and who wouldn’t? With the band currently touring and promoting their new single ‘Blood Red’, and being on countless One To Watch lists for various mags, perhaps now is the time to experience a new voice in the world of British pop-rock… 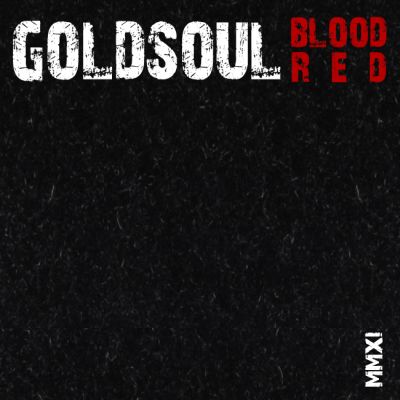 Indie seems to have been following a trend for eons where a slew of incredibly similar sounding bands, all with an all too familiar lack of morals, seemed to dominate the headlines for a period until the genre went back into hibernation for two-to-four years to try and reinvent itself. In the early nineties we saw Happy Mondays, Stone Roses and The La’s who then made way for Oasis, Ocean Colour Scene and The Bluetones who then shortly after the millennium began to give room for The Killers, BMRC and Kasabian. So by this advanced mathematical theory are GoldSoul about to unleash another dawn of indie? Honestly, probably not, although it’s hard to say.

To the average listener GoldSoul sound too much like cousins to those who have travelled this route before. But, to a true indie fan, complaining about stubbornness to evolve being an uninspired and unimpressive trait is redundant next to seeing your hero approach a stage half-pissed and willing to shout at large groups of people until the point they’re trying to put across is well and truly made. Most Indie fans don’t want change, this nostalgia-laden genre isn’t about opening new worlds, it reminds fans of their favourite bands and reaffirms the reasons they looked on so fondly at said acts, whilst bringing to the table fresh blood that can carry the torch further. It’s revolution over evolution. Are GoldSoul the sort of band to do this? Perhaps. With bass like a chainsaw and a guitar like a back massage from Edward Scissorhands, listeners will find it hard to stay still. Vocals provide nothing new but as we’ve learned this may very well work in their favour.

‘Blood Red’ whilst edgy and a sure enough hit to make it a frequent request down the club rock nights, is lyrically devoid of anything outside the usual chart entry Brit pop-rock ‘get high’, ‘let me get high’, ‘why aren’t you letting me get high, man?’ and of course ‘f**k the man, he won’t let us get high’. ‘Waiting For A Lifetime’, is a lot more positive sounding, vocals actually travelling with some level of melody this time, more drifting riffs than in the opening track, side-stepping the typical momentarily to something more desert-infused, once again the lyrics fail to answer the world’s secrets and hold as much interesting information as a Katie Price autobiography but nevertheless the music is good.

A large number of indie fans may feel it’s something new and worthy of raving about, however listeners who clearly weren’t ‘mad for it’ on the first few times will have kept their minds chemical free enough to realise that it sounds very similar to those who have been there and done it. Like it or not you may very well find yourself singing along to this the next time you’re out round town. It’s not big, it’s not clever…but it is ballsy, and it definitely sweats pure grit.