‘Relentless’ would be a great way to describe Hocico’s latest release. That’s both praise and censure, but we’ll get to the details later. 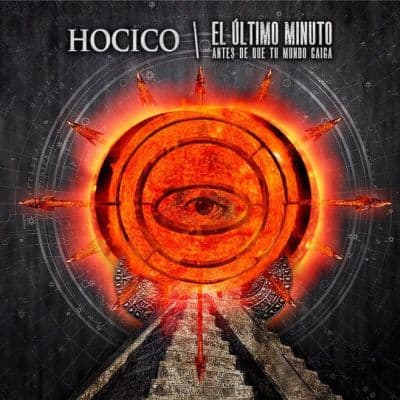 This is the Mexican industrial/aggrotech act’s eighth studio album and marks a surprising fifteen years of releases. We don’t want to seem harsh, but that’s a lot of mileage for what started as a transparently Skinny Puppy-inspired band. That they’ve kept themselves on the scene for so long points towards the band being far more than a pale imitation, and capable of both some serious innovation and a hefty degree of development in their own direction. Everything here is as well produced and clean as aggrotech can be. Likewise, nothing on this album stands out as being half-finished, hurried or out-classed by other tracks. At the same time, nothing really stands out as stellar and groundbreaking in performance, either.

‘Mundo Imposible’ is worth specific mention, as it marks the mid-point in the album, and shows a mature attitude to composition. It’s a subdued three-minute track which provides listeners with a moment to reflect and brace themselves for the remainder of the album, which continues with a sure-fire floor-filling ‘Vile Whispers’; featuring just enough of a ‘Dr. Who’ theme to get people stamping around and some twinkly hands-in-the-air stuff, to boot. To our minds it’s the stand-out club track on the album, but we guess that really depends on how hardcore your crowd are, as there is plenty here for the still-stomping-dutifully-away-at-4am-crowd.

If anything, we found that this album needs the occasional break from the serious, snarling industrial theme. Hocico never really utilise sampling in an obvious manner, and perhaps a scattering of catchy, blatant samples would break the tracks up a little. Over-reliance on samples is never a good thing, but when we consider other successful acts in the genre, it’s possible to see where it can really differentiate tracks and add depth to the sound. That seems to be missing a little here, and we found that although this is a CD that you can select a random track on and really enjoy, running the full length of the album more than once or twice can be a little bit unsatisfying and leaves the listener desiring more in the way of variation.

Ultimately the album is almost a tribute to the band’s success and ticks off another box in their history. It’s all good, it’s all stompy, and it’s (nearly) all loud. Yet at the same time, it’s an album that is best played in small doses, or when you’ve got a huge pile of really dull chores to do around the house, and need a large slice of aggressive motivation.