The long awaited thirteen track album of the four-piece band, How To Destroy Angels is finally here and trust me: it was worth the two year wait. 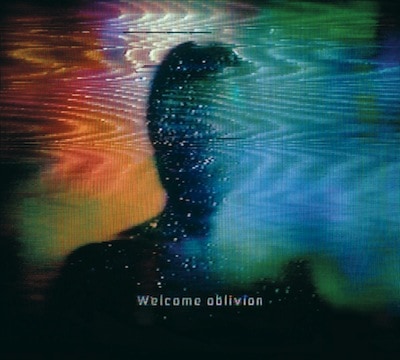 With his other band, Nine Inch Nails, put on hold until last month, Trent Reznor dedicated his compositional skills to Htda’s captivating album: ‘Welcome oblivion’. Alongside the haunting vocals of his wife, Mariqueen Maandig and his loyal producer Atticus Ross, Reznor has developed a sound which pushes the boundaries of experimental electronica.

‘Welcome oblivion’, which includes four songs from their previous EP ‘An omen’ (2012), begins with a cyber-influenced instrumental which is impossible to keep still to. The clean stuttering drum beat and the consistent electronic clapping promises an exhilarating experience no one should miss.

The album continues with ‘Keep it together’. The beat changes to a calmer pace and introduces Maandig’s alluring voice. Her soft, delicate melody combined with Reznor’s and Ross’s pulsing electronic beats takes you to an idyllic place you will want to revisit.

Other songs which are new on the album regenerate the band’s post-industrial genre through futuristic electronically enhanced sounds. Some of the tracks include a variety of original sound clips: ‘And the sky began to scream’ includes shaky, static reverberations, generating a dark creepy atmosphere; ‘Welcome oblivion’ determines an eclectic bass line, embedded with string instruments; and ‘We fade away’ produces an introduction of what sounds like a heart monitor, which engages with the acoustic gentle sway of the piano chords.

But Htda’s newest single ‘How long?’ releasedJanuary 31, 2013, stands out amongst the rest of the tracks. Maandig’s beautiful voice can be fully appreciated as the music enables her fragile vocals to be the focus. The chorus is uplifting and catchy. Emotions are captured through the lyrics such as “If you believe in it, keep believing it well” / “How long? Can we keep holding on” and the electronic steady bass line carries meaning and determination throughout.

It is clear that How to destroy angels will attract Nine Inch Nails fans as well as a few new additions. Reznor has created new sounds with Ross and Maandig but remains to be closely associated with the sound of the band that made him famous: Nine Inch Nails. This is not necessarily a bad thing as they provoke elements of brilliance, but a couple of the tracks are too similar to others.