It’s a good time to be a music fan. Oh, sure, the country’s going to pot and we’re all broke, the weather’s rotten and everyone’s terrified of catching bird flu… 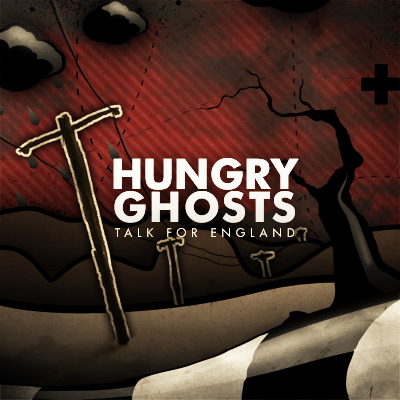 Nevertheless there are still some cracking bands out there, and they’re making some fabulous music. One such band is York-based Hungry Ghosts, whose third EP ‘Talk For England‘ is now available in full via their MySpace page.

Why should you be interested? Well, firstly the band have been around since 2007 and played support slots with the likes of Supergrass, The Futureheads and Shed Seven – not to mention the main stage at the Big In Falkirk Festival and the BBC Introducing Stage at both Reading and Leeds Festival – these lads know their way around the block. If that’s not enough for you, then the fact that they prove themselves adept with both faster tracks like the blistering opener ‘Archaeology‘, for example, and the ska-tinged punk of second track ‘Doctor’s Orders‘ followed by the lighters-in-air slow-burnering tunes like the soulful ‘If I Said‘ and the bittersweet ‘Edgeways‘. These tracks should be enough to melt even the most icy of souls.

In the space of five short songs they give us sweeping guitars and soaring vocals that grip you by the heartstrings and take you to places other bands can only dream of. Think of a jam session between the Stereophonics and Bloc Party, or maybe between The Cure and Feeder – then, you’d be half way there – but there’s more to these Ghosts than their influences, oh yes, much, much more than that. If you still don’t believe us, then get yourself along to Fibbers in York on March 24 when the four-piece will be supporting The Automatic and prepare to be blown away.

Like we said, it’s a good time to be a music fan.