CD Review: I Am Abomination – ‘Passion Of The Heist’

‘Passion Of The Heist’ is the new EP from US progressive metal act I Am Abomination, and is described by the band as a concept album. They will be releasing further details surrounding the nature of the concept when they release their first single from the EP. ‘I Am Abomination’ have a strong fan base, having been a part of the Michigan alt-metal scene since 2008 and have had two releases before ‘Passion Of The Heist’. 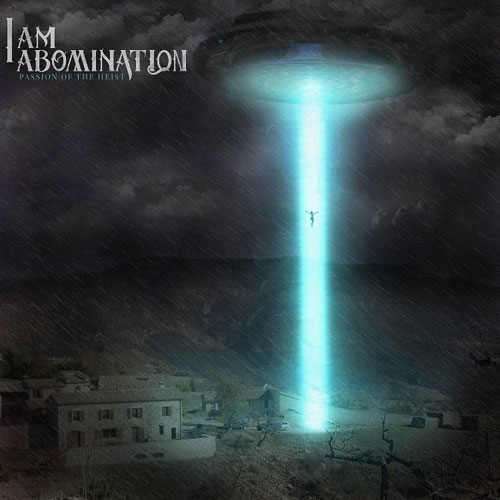 The EP starts out with ‘Vivification’; a song that seems to be designed to set the mood for this cryptic concept. It is made up of several sound effects, which create the tense atmosphere you feel when you listen to it. This is clearly the track that builds you up to the rest of the album and sets the tone and mood. The intelligent amalgamation of sounds carries on nicely into ‘Abduction’, providing a smooth transition into the rest of the hard-hitting yet affectingly melodic album. This one continues to push forward with the intense feeling set in the opening track with its combination of heavy guitar rifts and melodic vocals. These two aspects of the song combine to create a brutal result. Phil Druyor’s vocals portray the raw feeling contained in the lyrics very strongly, he manages to load his voice with a variety of emotions whilst still maintaining the strong, melodic voice that we hear throughout the album.

‘Examination’, meanwhile thrusts you straight into the heaviness of the song from the moment it starts. It is the most impactful effort on the album for us, and it is also the most progressive-sounding with elements of pure electronic music added to it, though in some places, this can distract from the other more acoustic music elements and interrupt the flow.

‘Passion of the Heist’ is a solid EP which will no doubt thrust I Am Abomination even further into the international spotlight and gain them a host of new fans. This band is definitely one to watch.