Despite being a fairly young band, having signed to a record label in 2001, InMe are soon to release ‘Phoenix – The Best of InMe‘, a selection of tracks across their first four albums, as well as a trio of new songs to whet fan appetites for future material. The band have toured relentlessly having found their success fairly quickly following their debut, thrashing out their sound from small sweaty rock clubs to large festivals, and while some will accuse them of being “mainstream”, their large fanbase will happily stand behind this compilation with smug grins, knowing it will show any doubters that their sound remains defiant and relevant. 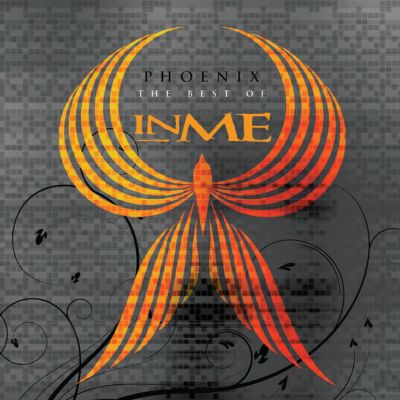 We’re going to take you through this record like a timeline from the band’s beginning to right where they are at now without much consideration for the tracklist’s order, so do excuse us – we like to reflect. Our first taste then, is the band’s debut single, ‘Underdose‘, taken from the album ‘Overgrown Eden‘. The vocal tone is raw and is accompanied by fearlessly thrashed guitars and raucous drumming. The song is catchy, and great fun to listen to – little wonder it gave them their success. By contrast, ‘Firefly‘ is considerably calmer, with instruments taking a back seat to the lead vocals which flourish in the chorus and the breakdown. The hook on here is extremely catchy, and the sound is technically very good and it reminds us just how raw and honest InMe‘s sound is, and was.

Despite being released over two years later, ‘White Butterfly‘ followed a similar sound to its predecessor. ‘Faster The Chase’ is a good solid rock tune featuring loud guitars, loud drums and layered vocals. The chorus stands out and it’s easy listening. ‘Safe In A Room‘ is the first song on this collection, which is a good thing as it gives the listener a very clear idea of what InMe are about, quickly. The drums really give this song a backbone, using the toms for some of the time and hard-out hammering on the skins for the rest. ‘Chamber‘ demonstrates that there is more to this band than just jumping around to power chords. Strings and a multitude of guitar sounds make the whole thing extremely unique, and vocals are haunting at times and powerful at others with primal screams hidden beneath the otherwise warm sound of the chorus.

‘Myths And Photographs‘ is the first song taken from the band’s third album ‘Daydream Anonymous’, for which they changed record label, a decision that clearly worked in their favour. The guitar riff on here is so simple and yet sets the song apart from anything else on the album. The vocals add to the track’s strength with a really cool pitch in the verse and great harmonies in the chorus. ‘Cracking The Whip‘ continues to exhibit the diversity of the band’s sound with a guitar opening reminiscent of the classic 90s metal sound, and some pretty sharp stick work on the hi-hat. This one rocks hardest when the vocals fall back and allow the brutish style to dominate. Once again this album selection is finished in complete contrast with the plucked strings and rim shots of ‘Thanks For Leaving Me‘. This is a very well written song, and takes up the mantle of the “tear-jerker”. Plug it in, sit on a porch and just wait for the sunset.

At last, we come to the latest and most revered album, ‘Herald Moth’ less than a year old and dubbed “heavy with technical layers”. Certainly ‘Nova Armada‘ delivers in the heavy and technical areas, but perhaps is a little lacking in melody. The opening is ferocious and fast-paced, heads will thrash and feet will stamp to the gritty guitar, but it doesn’t quite have the life to grip you for the full song. Fortunately, ‘All Terrain Vehicle‘ is one of the strongest vocal performances you’ll find in this selection, which is combined with a stripped back sound from acoustic guitar, piano and, again, strings. The result is a fantastically individual track that you will listen to time and again. The final pick is the strongest track, more for the catchy chorus and the message of getting sh** off the radio, certainly a must for any rock music fascist. ‘Single Of The Weak‘ is just a really great song, really strong sound from all the instruments, catchy vocals, and even a bass line that stands apart. Fans and critics alike will be absorbed.

Next up, ‘Bury Me Deep Beneath Your Skin‘ is the first of the band’s new material, and if the opening is anything to go by the band will certainly be taking their sound to new places. ‘Saccharine Arcadia’ has probably the heaviest opening on the album, with thunderous double-kick drum and shredding guitar, but the verse is far more forgiving on you’re lobes. The contrast really works, overall it’s a cracking tune.

‘Phoenix‘ will appeal to fans who enjoy a selection of perhaps the less obvious tracks to put forward on a ‘Best Of’ album. Those who are not familiar with the band will enjoy a crash course in their musical journey of the past years, and as a result they will certainly win a few more fans.