So,”Technically able” doesn’t even begin to summarise InMe’s latest album, ‘The Pride’. With some of the most emotive, heartfelt and melodic vocals the band have achieved to-date, combined with the band’s textbook complexity, style and ability, ‘The Pride’ is a must-hear for long-time fans and hard-edged metal-heads alike. 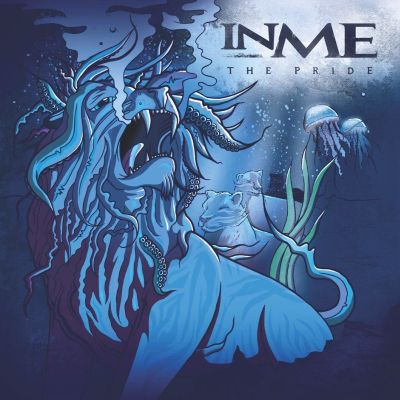 A little bit of back-story then, the band are releasing the album through their pledge music campaign to raise money for The Alzheimer’s Society, so buying this not only gives you your new music fix, but also counts as your good deed of the day. ‘The Pride’ is a 10-track odyssey through style and genre, old and new, as the band experiment like a fresher at a community college, playing with tried and tested, incredibly precise metal, and expanding into pop-rock, old-school and classic metal and everything in between.

From the song titles alone, you get the feeling that InMe really have aimed to create something massive, original and above all, innovative. As one of few UK metal bands that have been on the circuit for over a decade (having survived nu-metal) and are still going very strong, the album compromises the band’s original flair for frank, melodic vocals, precision guitar-work, beautifully crafted bass and intense persistence from the drums, and moulds this with a handful of new influence and direction to create something sublime.

One negative feature is that, the tracks, as creatively inspired and technically amazing as they are, do not have the same “instant classic” appeal as some of the releases from their first album ‘Overgrown Eden’, an album which was seemingly limitless with songs stacked to stand the test of time and become truly memorable. That isn’t to say that ‘The Pride’ doesn’t have its moments but no one track stands out for us, as an instant favourite.

That isn’t to say the album is without some dizzying high points: ‘Silver Womb’ is a brilliant example of the natural, harrowing combination of Dave McPherson and Gazz Marlow’s guitar-work, complimenting eachother in a manner that could only be described as “yin and yang”, working well together, creating both the darkness and the light that sets the mood throughout the album. ‘Guardian’ is a shudderingly un-settling piece, both experimental and familiar in a style reminiscent of the band’s early releases, and ‘Beautiful Sky Gardens’ is a perplexing track, melancholy and exciting simultaneously, and a stark example of the intelligence InMe have diligently exhibited throughout their career. Excellent work on the whole, lads.