Brighton rockers Jumping Ships return with their second EP ‘Standard Bearer’ following their acclaimed debut EP ‘Orientation’ in 2010. Being the first ever unsigned band to headline Club NME, they have already achieved a lot in the two short years they have been together, and this new EP signals a broader range of styles and influences that will surely excite their fan base in Brighton and beyond during their August and September tour which coincides with the release of their latest offering. 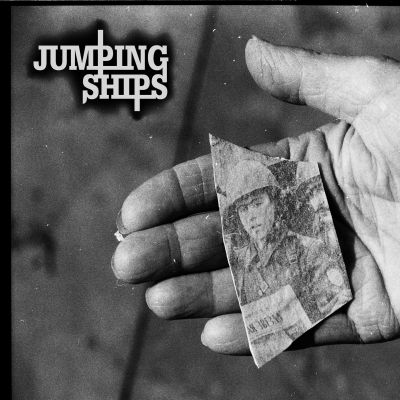 The strength of their first EP rode majestically on the talents of the single ‘The Bad Outweighed The Good’ and ‘Standard Bearer’ has its own instant radio-friendly hit in the form of ‘Heart And Hope’ which sounds like the best of Johnny Foreigner (who incidentally are also signed to Alcopop! Records). Opener ‘Movers And Shakers’ is a relentless and surging beginning with vocals best compared to the talents of Ian Watkins from LostProphets. ‘Heads Will Roll’ meanwhile, presents a relative change of pace to the rest of EP with atmospheric guitar interludes that are probably more compelling to the listener than the lyrics themselves. ‘Broken English’ complete with the mantra “We were built on broken English” headlines a song concerned with the loss of eloquence and innocence. The closer ‘Talisman’ (and the longest track of the EP) is possibly Jumping Ships’ most interesting song arrangement on the EP, gaining most of its strength from a combination of quieter moments and bursts of Biffy Clyro nuances.

Overall, Standard Bearer does exactly what it says on the tin. In maintaining the momentum of their (rather aptly named) first EP ‘Orientation’, Jumping Ships will no doubt become a wise choice for radio DJs wanting to break “the next big thing” – the formula which Jumping Ships have mastered will no doubt fit that mould perfectly.