When discussing the Klaxons one cannot do so without contemplating their turbulent history. Founded only three years ago, the London-based rock band has quickly dazzled the global stage through a series of worldwide headlining tours and festivals. Their debut album ‘Myths Of The Near Future’ – allegedly named after the short-story collection by J.G. Ballard – famously won the 2007 Mercury Prize, where the three-man band crossed the line ahead of many other acts including Arctic Monkeys and Amy Winehouse. The new year however brings with it the eagerly-anticipated album ‘Surfing The Void’, which was handled by acclaimed rock and metal producer Ross Robinson. 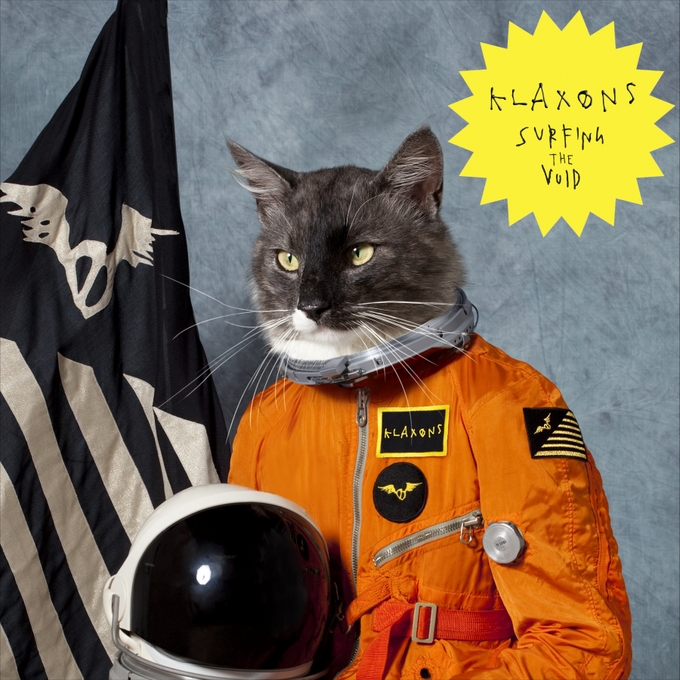 From the opening track ‘Echoes’, the idle listener can engage with the atmospheric, almost melancholic feel to their new material. There is a gentle fade-in lasting for just over a quarter of a minute, followed by a heady injection of melody that abounds with presence. It is more than simply dramatic though; the album is a celebration of a young group of musicians that can live up to, or even surpass, the reputation of their debut. Countless bands have tumbled after this first hurdle, be it due to over-experimentation or the sheer weight of expectation that rests on their shoulders. This, however, does not seem to be the case with Klaxons.

As with any album, there are specific tracks which stand out. ‘The Same Space’ is highly contagious to the ear; the jaunty lyrics work well with the regular beats and riffs, although it does seem that you are waiting in expectation for an explosion that just doesn’t happen. You are, nevertheless, rewarded in the following track for your patience. ‘Surfing The Void’ is only short racking in at just over two-and-a half minutes, but should be a festival favourite through its rapid bursts of sound that wouldn’t look out of place in a Hadouken! album. If only it stayed around for longer.

A talent for crafting lyrics is most vividly displayed mid-way into the collection in the form of ‘Venusia’. Although the latter is much more placid in comparison to the rest of the album, it manages to create (and, most importantly, sustain) a sense of voluptuousness just through the three-syllable title. Many of the lyrics are repeated, yes, but in the end everything slots together in a neat little package extremely well. For the finale, that is, ‘Cypherspeed’, Klaxons lift their collective foot off the brake. Rather than fading seamlessly into silence like the end of a Pink Floyd epic, the guys choreograph the structure so that it has the effect of sounding like Pink Floyd on MDMA.

This band certainly builds upon the mountain of success generated through ‘Myths Of The Near Future.’ The album should have carved another notch of success into their established reputation. Music lovers can therefore look to the summer with anticipation, where the band will hopefully perform their new material at the Leeds (and Reading) festivals.