Locally grown Late Night Fiction are a melodic post-hardcore four piece from Hull. Citing influences such as Biffy Clyro, Yourcodenameis: Milo, and Brand New, LNF are well on their way to carving out their own place in the alt-rock scene. Made up of: Phil Morris (vocals/guitar); Reece Britton (bass/vocals); James Thompson (guitar/vocals); and Nat Lawson (drums/vocals). Formed in 2007, they have since supported such bands as Grammatics, Twin Atlantic and Dinosaur Pile-Up. 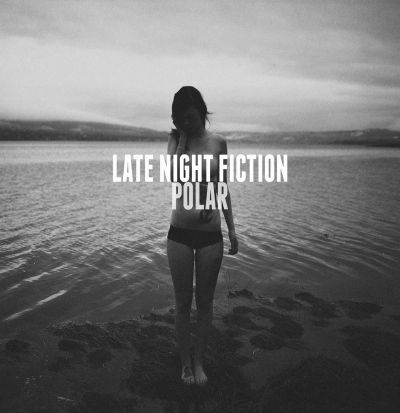 ‘Polar’ is their second EP offering up five tracks for your delectation. Breaking the silence with a burst of frenetic drums, the awesome ‘Black Watch’, is just over five and half minutes long. It will have you singing poetically along as well as screaming maniacally to lines such as “all my friends want your friends dead”. Turn it up loud and you’ll really appreciate the backbone of the steady bass line, combined with the skillful, varied drum beat and the thrashy, catchy guitar and vocals.

The second song on the EP, ‘Exits, Pursued By A Bear’, starts with a pretty picked guitar melody, along with strummed delivery that has you imagining some kind of holiday on the Med, but it builds to a slightly faster, more dramatic pace with emotional lyrics. It evokes feelings of anguish and passion and will make you nod your head along to the more frantic vocal moments and bursts of heavy drums and guitars.

The shortest song, ‘Smashy ‘Smashy Beast’ Beast’ is an instrumental that begins slow and thoughtful, with melodic guitar picking and an almost anthemic drumbeat. As it builds, adding bass, cymbals and a louder guitar, it becomes a song that you don’t wish to end.

‘Dialectics’, meanwhile is a beautifully emotive track with lyrics like: “I tried to be divine, for you”, but still has bits of epic guitar hooks and skilful drum bashing and even a tiny bit of screaming that just evokes raw emotion. ‘Relax Please’, the last track on the EP, does not disappoint at over seven minutes long. Offering us several changes of pace throughout the song, it begins with soft cymbals and rumbling guitars but slows down to soft vocals evoking sadness with lyrics like “all of my friends swam out to sea”. Picking back up again, there is a more aggressive feel to the track with raw screaming and pounding of drums.

Within the individual tracks, the pace is frenetic and exciting and you have no way of knowing where it will take you. Overall the record is consistent; it has raw emotion coming through the soft vocals as well as the tough screaming, the gentle picked guitars and the aggressive rumbling hooks. The juxtaposition of different paces works well and means ‘Polar’ can hold its own within the post-hardcore scene, and is also a great way in for those wanting to get to grips with the genre.