Since 1989, Lenny Kravitz has contributed so much; he has been recognised four years running as Best Male Rock Vocals at the Grammys, a feat not accomplished by any other artist in his field. He has innovated so endlessly, that the list of artists wanting to collaborate with him includes every big name in rock, from Steve Tyler to Slash to Mick Jagger. This, his new album is a fantastic continuation of form from the rock icon. 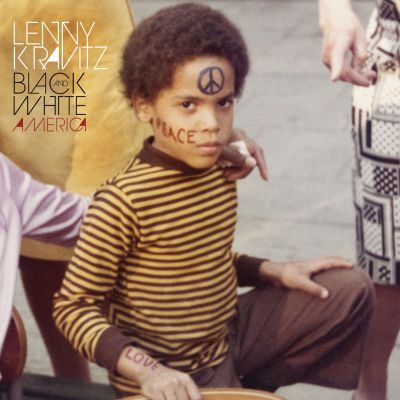 The album starts with a thumping bassline, literally the lick of the century, that takes you right back to the beginning of the seventies. This track makes you feel like you have somehow teleported to the world of ‘Superbad’, which is no bad thing. There is no shortage of catchiness for those with an eclectic taste: indeed the album is brilliant, but what makes it so sophisticated is how easily it spans so many genres. Funk, rock, soul, even a spot of dub-reggae, this guy does it all, and he does it all very well indeed. And so he should, as apparently this album has been in production since 1999 (albeit it undergoing a few name changes), which is noticeable from the album’s timeless quality. Track 1, ‘Black And White America’, sounds like it came right from the seventies, while ‘Stand’ sounds like a 90’s pop-rock classic. This is a fantastic quality, as an entire play-through the album takes you on a voyage, spanning time and genre.

No Lenny Kravitz release would be complete without a few big names contributing to the craziness; Jay Z and Drake both collaborate on a track each, both that have such a unique sound within the album that the chemistry between the artists is pure gold. And, what a rollercoaster of a tracklist! Every taste is catered for within the album, and a few songs experiment with new directions Kravitz has yet to try, another testament to an artist, who has been performing for a good 23 years and is still capable of innovating and experimenting at a skill level few others reach. This too can be said about the band that play alongside him, as they have attained a level of harmony playing alongside such a legend, a harmony that seeps through every track on the album.

Highlights? Too many to mention. Every track on the album is so meticulously harmonic, so bravely adventurous and so instantly recognisable they all deserve mention. ‘In The Black’ is almost a homage to the eighties, complete with synth-solo and sing-along chorus. ‘Super-Love’ is sweet love-makin’ music, and ‘Boogie Drop’ an experimental masterpiece. The album is so impressively diverse that it has something for everyone, and for those with diverse tastes, this album is a must-have.