After the 2009 release of their debut album, ‘Gorilla Manor’ which reached the top 200 in the US Billboard chart, California indie band Local Natives are back with their new album ‘Hummingbird’. The relaxed West Coast sound of the band is enhanced in this highly anticipated album with peppy guitar riffs, solid drum beats, and calming harmonies. 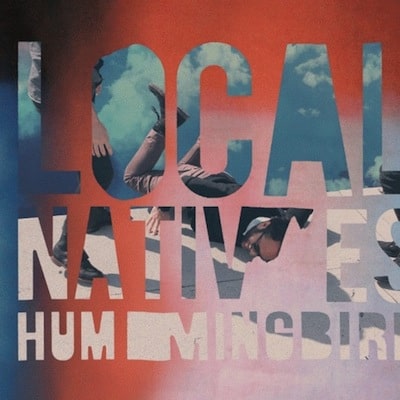 The album kicks off with ‘You & I’, telling a story of a strong love fading away. Kelcey Ayer’s electrifying vocals with Taylor Rice’s repetitive yet alluring guitar lines help to make this a memorable way to start off the album. The album continues with ‘Heavy Feet’, driven by Matt Frazier’s dynamic beats and rhythmic clapping in the chorus.

The mellow vibe of the album continues with ‘Ceilings’, leaving you wishing you were sat on the South Beach sands of California feeling the sun on your skin while listening to this song. With Ryan Hahn’s multi-instrumental appearances throughout ‘Black Balloons’ combined with a more upbeat and positive sound this assures us that this feel-good album is sure to please fans internationally.

The album finishes with the beautifully composed ‘Bowery’ mixed with a memorable piano intro, striking vocals and sentimental lyrics. With a combination of guitar, keyboards, and mandolin this album has everything we could have wanted with a healthy combination of relaxing and sometimes somber songs and fast paced, poppy tracks driven by drums, catchy guitar riffs, and beautifully arranged lyrics.