What becomes of an act born out of its time? In our post-ironic and post-modern ear that isn’t such a problem, with a panoply of genres and groups operating within fields long thought spent or obsolete. And it is most definitely to the benefit of a talent like Loop Cycle, whose very name seems redolent of a forgotten sci-fi future – or an unreleased gem by Stereolab. The album moves in step to another era, that of the pop-Britpop phase of the late 90s when the likes of Lemon Jelly, Air, The Beta Band, the aforementioned Stereolab and a host of lesser talents indulged in heady doses of retro-futurism to one degree or another. 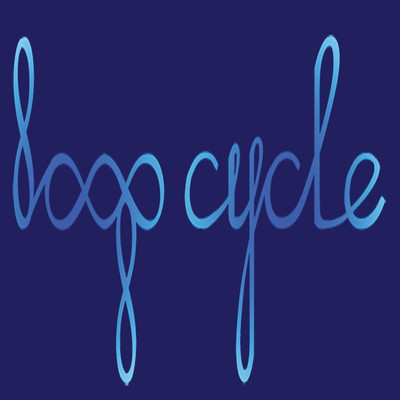 Winsome acoustic groove layered with clicking percussion samples and deep-set gauzy vocals tracks are re-enacted on the likes of ‘Sooner Or Later’ and ‘Torn Away’, building promisingly but then peter out when the initial germ of an idea cannot be expanded upon, wearing out their welcome. More alarming for their daring rather than their cohesion are ‘Fusion Reactor’ and ‘Slowly Waiting’: the first is a crossbreed of dance sampling and hot guitar licks that fails to find common ground for either, the second is a piece of robotic R&B that opens out with a closing fanfare of solarised guitar and multi-layered vocals that may be the album’s most impressive single flourish.

The pulsing sine wave drone of ‘Light’ marks a turning point: the album moves into slower and more dynamic spaces, encouraging a monotony that holds its weight and melody in true balance. Tracks like ‘Let Her Fade’ and ‘Zoned Out’ assert themselves by deliberately withdrawing, stripping away the un-needed clutter to allow a rippling guitar figure to billow and unfurl in a graceful momentum akin to The Durutti Column. Ultimately what constitutes Loop Cycle is a set of chords resounding in ever widening space, expanding their possibilities, swelling and then fading into feedback. The flickers and embers create their own world outside of their influences, and come to rest in the ether. Things look and sound good for this guy (Dan Hicklin) from our vantage point. May he never place a foot back down on Earth.