The second album, ‘Through These Walls’, from Toronto natives Low Level Flight starts fast and strong with ‘Cash Machine’; a nice refreshing tune which speeds along, building in pace until its ultimate and satisfying crescendo. 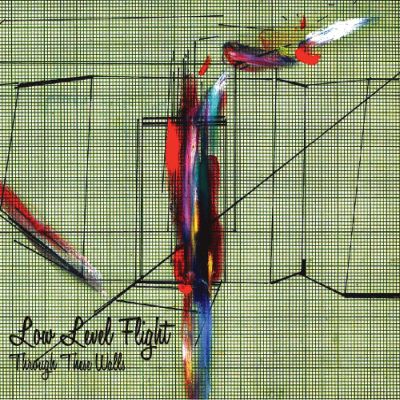 The album continues on this high-note, the pace never once dipping into leisure or ennui, hastened by Ryan Malcom’s more than capable vocals which soar passionately, thrusting every song on the album from generic to outstanding. It is punctuated by a handful of notable songs, namely; ‘Raining Castles’ which fluctuates pace and tone without slowing down and interjects some pretty nice melodies. ‘Bloody Knuckles’ changes the preset soundscape of the album, introducing a fresher rhythm which sounds bright and pretty darn catchy. ‘Floor’ calms the pace of the album only slightly, building with deeply filled emotion until it breaks out with sheer soul half-way through and settles again gently as it fades out. These songs space out the montage-like feeling of the album and wake you up intermittently from the record’s accomplished flow.

Fans of straight-up indie rock will love the sound of Low Level Flight, complimenting anyone’s similarly-themed collection perfectly, although not adding anything new to the genre, the album stands on its own merit which, to the novice, could be missed upon first hearing. Their album kicks the ambiance up a notch from an often-trodden musical path, confirmed with artists such as Snow Patrol and Razorlight, to a rapid, feel-good 50-minute drive. It may not strike out immediately or be as memorable as some, but it is definitely worth a listen (or three) and grows on you each time.