For people not too familiar with Magazine they were a great post-punk band first active in the late 1970’s that influenced the careers of U2, Radiohead and many more recent bands such as Muse, Maximo Park and The Kaiser Chiefs. Their singer Howard Devoto was responsible for promoting The Sex Pistols first northern show at Manchester’s Lesser Free Trade Hall in 1976 with Pete Shelley of The Buzzcocks. 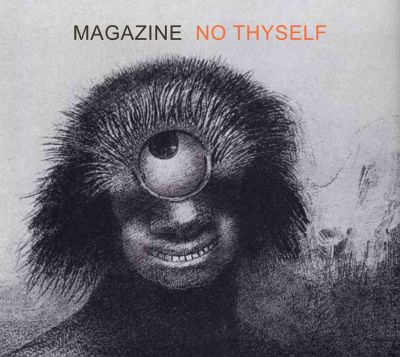 Magazine’s original guitarist John Mcgeoch sadly passed away in 2004 so his contributions on guitar are missing after featuring on Magazine’s first three classic albums from 1977-1980 before he joined Siouxsie And The Banshees. Their original bassist Barry Adamson is also missing due to directing his first feature film earlier this year.

Opener ‘Do The Meaning’ starts off like an alternative ‘Welcome To The jungle’ by Guns ‘N’ Roses because of all the police sirens in the background before going back to basics which is a relief and includes all of the regular components of Magazine’s original sound. These are: the flanged lead guitar, chorused bass, chunky drums and some excellent idiosyncratic vocals by Howard Devoto. He has one of those Marmite-style voices that you either love or hate, in our opinion it works very well and gives a great counterpoint to the smoothness and subtlety of this music.

‘Other Thematic Material’ seems like it chronicles the mind of either a male porn star or, just a very strange individual (Devoto himself?) as there are graphic descriptions of adult behaviour interspersed with more mundane domestic thoughts such as asking his partner, “Should we eat that lemon sorbet?”. This one has a driving funk vibe about it in the style of their ‘The Correct Use Of Soap’ album. Meanwhile, ‘The Worst Of Progress’ has a filmic vibe ala John Barry interspersed with spacey keyboards and sci-fi noises alongside tinkling pianos; it could work in a James Bond-style production, we think.

‘Hello Mr Curtis’ seems to be an ode to Ian Curtis and Kurt Cobain from Nirvana in equal measure. “Your agony would move me from this agony” goes Devoto’s refrain. This track references the feeling that by listening to someone else having a hard time, it makes the listener feel better about themselves; a very clever idea for a song with some tongue-in-cheek humour at the end as Devoto sings: “I hope I die before I get really old” spoofing The Who’s ‘My Generation’ as well as his advanced years. ‘Physics’ meanwhile deals with religion, and the track itself has a dreamy Pink Floyd ‘Breathe’ vibe to it.

‘Happening In English’ seems to be Mars Volta-influenced in its discordant funk. ‘Holy Dotage’ is one of the standouts from the album and has the urgent Magazine sound of old with propulsive drum beats and Hammond organ sound. This tune also includes some of Noko’s best work on the album with a great ascending riff in the middle eight in the style of their signature tune ‘Shot By Both Sides’. ‘Final Analysis Waltz’ is another standout track with its expressive violin and vindictive lyrics with Howard addressing someone with “Buddy, I don’t give a fu**” possibly to critics of the band in the past or present.

All-in-all, this record is a welcome return that struggles a little to match the grandeur of their first three classic albums. However due to two main components missing from the band we didn’t really expect it to reach those heights of absolute brilliance. It is a very solid album that should give new and hardcore fans many hours of pleasure just for a new set of Howard Devoto’s lyrics. There are some excellent moments on this album and it’s good to have them back, we recommend this record for anyone interested in post punk, alternative or new wave music.