Marilyn Manson is a strange bloke. He’s constantly changing and evolving his sound, and back in the mid-90s this worked in his favour, nowadays things are a little different and unfortunately his shock tactics have become a little less…shocking. Though this album is very hit-and-miss at points, it’s certainly his best work musically since 2004’s ‘Golden Age Of Grotesque’ and it may be his best record ever lyrically. 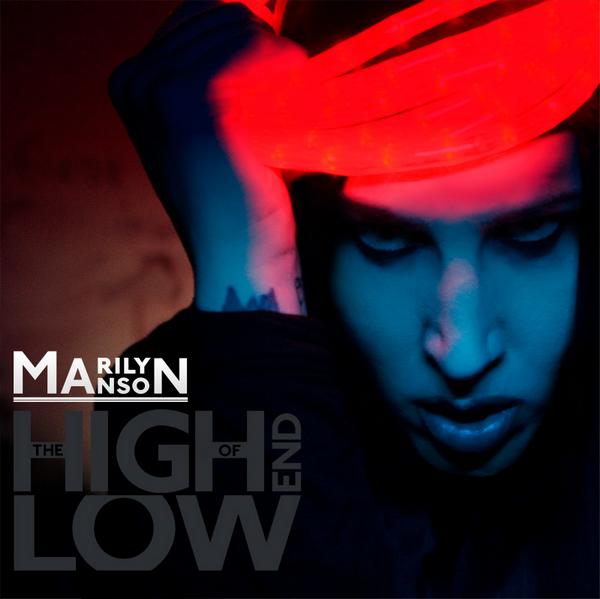 It needs to be pointed out right now that Manson has pretty much abandoned his metallic roots, and anyone hoping for an Antichrist Superstar Mk.2 will be disappointed. Indeed, this record is an amalgamation of the soulful crooning that dominated Manson’s last album ‘Eat Me, Drink Me’, and 1998’s glam-tastic ‘Mechanical Animals’. While most will be pleased with this contrast, others may think that the artist is trying too hard to shock and appal in the same way that he did during his hey-day. While this might be true in some ways, this album does break new ground without being ridiculously boring, or dragging on too much. It is Manson’s prog-rock record.

‘Devour’ is a powerful opener that stomps upon any expectations that this album was going to be a repeat 2007’s disastrous ‘Eat Me…’. The sound on here is much more focussed (which might have something to do with the return of Twiggy Ramirez), and the guitars build and build toward a massive chorus that recalls ‘Mechanical Animals’ most tender and thought-provoking moments. It’s very soppy stuff lyrically, but musically it’s intense. ‘Pretty As A ($)’ is the album’s standout track and it’s as close to “old-school” Manson as anyone’s going to get. Abrasive drums mix with violent vocals for a short masterpiece that might well turn into Mazza’s most popular track (amongst die-hard followers) since ‘This Is The New Shit’.

By contrast, ‘Leave A Scar’ is a straight-up rock tune with strong beats and a sleazy glam-rock attitude that demonstrates the influence of Twiggy on the writing process. While the tone here is very reminiscent of Manson’s more recent work on ‘EMDM‘, it definitely packs more oomph and drive. ‘Four Rusted Horses’ is a bluesy song with dirty-squelching guitar lines while lead single ‘Arma-goddamn-Motherfuckin’-geddon’ is very reminiscent of ‘Fight Song’ and will surely be a favourite on rock dancefloors in months to come. Ironically, along with ‘We’re From America’ it’s probably the most commercially accessible track on the record. ‘Blank And White’ is musically very sound and here Manson proves that he can still scream like a beast, but lyrically it sounds like the artist’s trying far too hard to stir-up controversy.

‘Running To The Edge Of The World’ is a sombre and emotive track that reminds slightly of Holywood-era material. This is a perfect example of how Manson’s last album could of, and perhaps should have sounded, atmospheric electronic waves meet with steady drums and poetic vocals under an umbrella of Bowie-esque guitars that guide the song. ‘I Want To Kill You Like They Do In The Movies’ starts off tediously but progresses into an anti-anthem for love taking serious influence from The Doors. At nine minutes though it’s too long, and despite some quality guitar work and some trademark haunting and raspy vocals from the double-M, it would really have been fine to end at around six minutes because for the last four it just drags on.

Next tune, ‘WOW’ is about as close to the Industrial-Manson as fans will get, with mashed-up electronic sounds littered throughout. If you can escape the Nine Inch Nails comparison (to their song ‘Closer’) it’s like it has been lifted straight from ‘Smells Like Children’. Complete with playful beats and weird sounds it’s one of the album’s most experimental tracks. It’s set to be one of the most talked about too, as some will love it and some will despise it.

‘Wight Spider’ is a guitar-led powerhouse that will cut through your head like a blunt butcher’s knife. Basic drums clash with varied and spiteful vocals for a hard-hitting progressive rock ditty. It’s not all gravy however, as ‘Unkillable Monster’ is simply a plain ballad that ends up being the weakest track on the album despite a brief few seconds of classic guitar noise. The follow-up ‘We’re From America’ sees Manson spit some serious vitriol, and despite the clichéd lyrics it’s undeniably catchy (think ‘Disposable Teens’) and it will no doubt be a hit with America’s disenchanted youth.

‘I Have To Look Up Just Too See Hell’ is like Manson-gone-Tool. It’s menacing, progressive and it again shows off the experience Twiggy has gained while working with NIN and on Goon Moon. This one will pound at your brain when the drums and guitars combine at the ferocious conclusion. ‘Into The Fire’ is a piano-based ballad which has flashes of everything from early Manson (in terms of its haunting nature) to The Eagles and Neil Young (in terms of the classical appeal) and in turn this gives it much more substance than ‘Unkillable…’.

Final track ‘15’ is an atmospheric end to a schizophrenic album. Despite the slow pace, crunchy electronic beats and spacey-synths match-up nicely with quality lyrics to make this one of the most engaging tracks on the record.

Disagree? Tell us below…