Sometimes a musician’s career can take on unexpected, but often wonderful directions. Such is the case with former Sepultura drummer Iggor Cavalera, whose new project sees him applying his considerable talent for live percussion to electronic music, working with his wife Laima Layton and long-time collaborator Max Blum. Together they are Mixhell, and their debut album ‘Spaces’ has been hyped by both Rob Da Bank’s Sunday Best label and Last Gang Records, who’ve been responsible for releases by Crystal Castles, MSTRKRFT and Boys Noize among many others – but does it succeed in its attempt to offer up a slightly different slant on dance music? 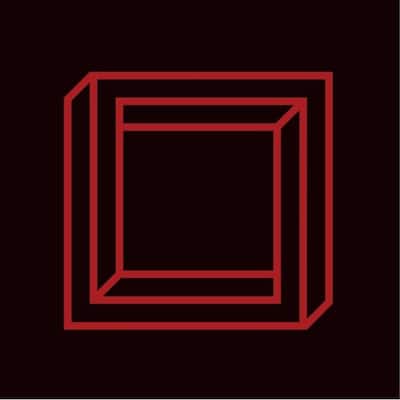 Debut single ‘Exit Wound’ is perhaps what you might expect a metal artist going into electronica to produce – a dark slice of industrial music with a techno pulse, featuring suitably creepy vocals from The Dillinger Escape Plan’s Greg Puciato. Before that, ‘Antigalactic’ opens the album with a thudding beat and pulsating synths, with clattering drums breaking things up a little – ultimately though, it sounds like a solid but not particularly innovative industrial floor-filler.

There’s more than just seedy industrial influences present here though. ‘The Way’ injects a hefty dose of New York cool into proceedings, thanks to sweet, breathy vocals from Deidre Muro and a funky baseline from former !!! and LCD Soundsystem member Tyler Pope. The end result is a sleek electro-pop anthem that’s as well-suited to soundtracking Balearic sunsets as it is to getting bodies moving in a sweaty basement club. Elsewhere, ‘Internal’ sees them borrowing from Crystal Castles’ playbook thanks to synths that hark back to retro video games, giving the track a sinister, yet somehow slightly playful feel. Mixhell also have a habit of starting out with deceptively simple structures which gradually become intriguing, multi-layered compositions by the time they reach their end – both ‘Mind Drop’ and ‘The Edge’ pull off this trick pretty well.

It’s interesting to note that the live percussion rarely overpowers Mixhell’s music – instead, it compliments it by creating a more spacious sound. ‘Once Again’ is a great example of this – I’m sure it would have been quite straightforward to use a drum machine here, but the live drums add a little warmth and humanity to proceedings. ‘White Ropes’ is perhaps the most overtly percussive track on the record, starting with a thundering drumbeat that underpins the entire song, with juddering synths floating in and out as the track progresses. Add the driving, distorted baseline that arguably doesn’t get enough airtime, and you’ve got the strongest evidence yet that Mixhell would make a considerable live force.

In fact, if there’s one nagging problem with ‘Spaces’, it’s that it makes Mixhell seem like they’d be much more impressive in the live arena. That’s not to criticise the use of live percussion on the record – there’s just a feeling in my mind that watching Cavalera perform on stage would add an extra dimension to these songs. As it stands, ‘Spaces’ is a good record, but one that has the potential to become something excellent when witnessed in the flesh.