CD Review: Moneen – ‘The World I Want To Leave Behind’

Home » CD Review: Moneen – ‘The World I Want To Leave Behind’

Moneen‘s new album ‘The World I Want to Leave Behind‘ comes three years after the triumphant last effort, ‘Red Tree‘, that saw them cashing in with fans and critics. This record is a far more maturing-sounding record, but at times it comes across as, dare we say it, commercialised. 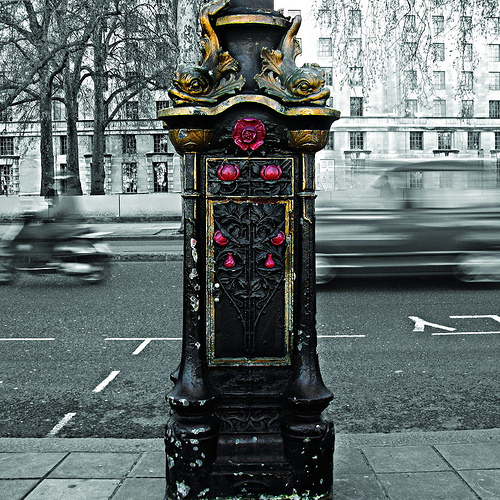 Their new sound now lacks energy and power and an awareness of when to “nail it” and hit hard or indeed, when to hold their heavier moments back. For fans that haven’t heard the previous sounds on Moneen, this could be a very attractive album. The first and title track offers a relaxed and mellow start with a softer sound that doesn’t have the fire and force that the band are notorious for. This sets a rather ambiguous tone for what’s to come; the Canadian quartet are going in a new direction from ‘Red Tree‘.

For this scribe the new path that this album takes is a positive step, but to established fans it may be seen as a cop-out in favour of a more mainstream sound. The aptly-named track ‘Hold That Sound‘ could really do with showing more consistency. The song teases us with heavy and refreshing guitar moments, but right when the song should peak it pulls back to a strong lyrical focus. This more melodic and sleek approach highlights the new sound Moneen are sending out.

Although the album has softer overtones than anything the group has done previously, songs like ‘Great Escape‘ and ‘The Monument‘ will surely bring in a vast new audience. These songs combine the harder guitar riffs and quirky drumbeats that Moneen are known for with an attractive and memorable overall sound.

The overall goal for the band on this record seems to be to create a relaxing atmosphere that welcomes a variety of different soundscapes. Songs such as ‘Believe‘ and ‘Redefine‘ give vocalist Kenny Bridges a chance to really show off the stunning lyrics mixed in with beautiful harmonies. The overriding piano that oozes through creates a euphoric moment which springs from such a simple structure. The band also incorporate strings into the ballad-like song ‘The Way‘, which leaves the listener with an uplifting sensation and for us, it is the easiest song to listen to on the album. Towards the end of the album though the band’s strength diminishes and they leave us forgetting how the last few songs differentiate from one another. ‘The Glasshouse‘ is a cleverly constructed song with a beautiful mergence of different sounds but it isn’t memorable and doesn’t make you want to start the album over. The album as a whole has tracks composed of sheer brilliance and yet, there are others that we skip through so that we can listen to the brilliant ones once again.

In summary, this probably will not keep original Moneen fans happy, but it certainly shows their evolution and it will certainly earn them a legion of new fans from the “indie” bracket.

2010hold that soundMoneenthe world I want to leave behindUK Tours