There is nought the matter with British bands mimicking US bands. Open appreciation of and homage to bands from across the pond can be a beautiful thing indeed. And when they do it well, injected with new energy and original scope, it is mighty refreshing… 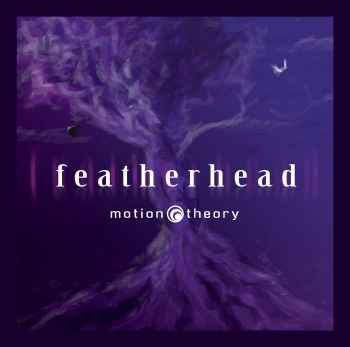 Let’s observe My Vitriol’s 2001 rip-snort of an album ‘Finelines‘. Its template sound is largely American, circa early 90’s grunge. It melds punk tempos and iron heavy riffing and all the while is suffused with elegantly poised pop sensibility. In short, it smacks of Nirvana. However, while they unashamedly allude to their Yankee heroes sound, they also transfuse it with blood of their own.

On the other hand, when a British band mimics an American sound badly, it is agonising. There is an abundance of examples, so no need to trawl through the lot. Let’s just observe a few. Those Welsh poster boys LostProphets for example, their processed sound is as smug and slimy as their tan bed faces. And you may have forgotten Essex Nu-metal wannabee brats InMe, who strained so hard to sound American that they crapped out nuggets of teen angst rubbish.

Well, Mancunian four-piece Motion Theory are not as pitiful as some carbon copyists. They haven’t cast off their souls in lieu of commercial success. After all, they are just four guys plugging away at music they love in a garage in Manchester. This is music straight up, without a marketing team, without the MTV machine churning it into meat. Nevertheless, ‘Featherhead’ so badly yearns to be something it just aint.

Singer Dom Main is the main culprit. His faltering Brandon Boyd-esque crooning gets more and more exasperating as the album moves on. Recklessly, he wavers in and out of pitch, his high notes often failing to reach their true destination. But it is the contrived American twang that ultimately makes it frustratingly dire.

Opener ‘I Love The Smell Of The Universe In The Morning’ is shaky and rushed, with splotches of badly produced guitar spread about the place, and an ill fitting grandiloquent piano hook that’s devoid of depth or drama. The chorus plods on like an anaemic, tired Incubus. Main weakly strains out the lyric, “Your soul is wasting away,” which is punctuated by cod-falsetto screeches that are enough to trigger an involuntary, spasmodic clenching of the buttocks.

‘Until You Leave’ picks up the pace. It ploughs forward with a meaty, funk-infused riff and a clattering rhythm section. Here and there flashes of craftsmanship flair appear from the blue. But a mind bending guitar solo is never a solution for a weakly written song. Its coda, however, unleashes a hyper-shredding breakdown, which delivers a much needed kick in the teeth.

Overall, the production values put boundaries on the band’s direction. Most of the album sounds like a live mix down, which isn’t necessarily a bad thing, but here it openly suggests the band’s greatest weakness. Some sections are loose, badly in need of tightening. Guitar tones are muddy, drums boom hollowly and it feels like there is lack of clarity between the musicians, which results in some very confused compositions.

The band is at the height of composure during its gentler, free-flowing moments. ‘All I Need’ breezes along pleasingly, a cool mix of sparkling guitar work and simplistic root note bass. A pre-chorus solo allows the guitarist to shine once more, and this time he does the music justice with a harmonic solo that uplifts the chord structure perfectly. But once again, Main’s trembling croon drowns out the fleeting beauty.

‘Featherhead‘ reaches its peak during ‘Lucidity’, certainly the album’s most thoughtful arrangement . It shimmers with eastern influences and sees Motion Theory at their most restrained. You feel the track could build into a force of nature, but they never give you that satisfaction. Instead, they gently caress their instruments, holding back on that final explosion, coaxing your imagination to do the rest.

Motion Theory, on the whole, won’t excite anyone, unless you’ve got pentagrams tip-exed on your school bag. There is nothing wholly original on display. Sure, there are some flickers of talent in amongst the self consciously stylised alt-rock, but it isn’t enough to cover up the manifest weaknesses.