Manchester based alt-rock band Obsessive Compulsive release their inner beasts in their kick-ass new album ‘Seculo Seculorum’, available from June 24. Dani, Pete, Giz and Kelii, along with producer James Loughrey, create a fresh, raw sound which emulates what should be a new sub-genre: Obsessive Rock. 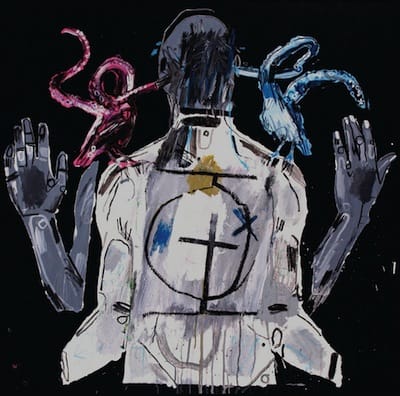 The eleven track new album begins with an explosion of aggression in the song ‘Sick Sick Sick’. Kelii’s raspy textured vocals open the track with the lyrics “I’m sick of the same old sh*t”, setting the passionate aggressive tone for the rest of the album. The powerful electric guitar melodies partnered with the heavy punk beats prove that this band means business.

‘Regurgitate’ is one of OC’s better tracks and will be released as their first single from the album on May 13. The track begins with the threatening whispers of the electric guitar and bass. The vocals obliterate the music until the chorus where the combination of booming bass lines and gritty harmonies bring a grunge-rock element to the unique album. Aggressive vocals portray heart-numbing lyrics and the key change at the end urges us to empathise with the band.

The album continues its soul-tearing energy through the atmosphere of its calmer tracks ‘Float’, ‘Jardim Gramacho’ and ‘Swallow the Sound’. OC deliver a soft alternative rock vibe through these songs, showing the versatility of their song writing. Although we prefer the crazy edgy punk beats and fiery vocals, the ballads bring a different dimension to the album and enables the band to appeal to various listeners.

With seventeen dates confirmed in May, their UK tour is going to be one not to miss. ‘Stamp Your Own Path’, ‘Soul Sucker’ and ‘Things Clean And Unclean’ are sure to encourage fans to crowd-surf around the venues and to head-bang until they are delirious with motion sickness.

Given this is just Obsessive Compulsive’s second album, they are continuously improving their sound. Their catchy beats and heavy bass lines incorporate the young band’s interpretation of the alt-rock genre, producing an electric atmosphere every punk rocker should experience.

Warning! Do not listen to this album on a bad day! You will want to start chucking stuff around!