Do you remember when Marilyn Manson scared the hell out of everyone on the planet in the 90s with heavy beats, scary make-up and a serious attitude? No, you’ve completely forgotten? Well, that’s okay because in 2009 heavy metal has some new spiteful, venomous and hard-hitting boogiemen and they are collectively known as Psyclon Nine… 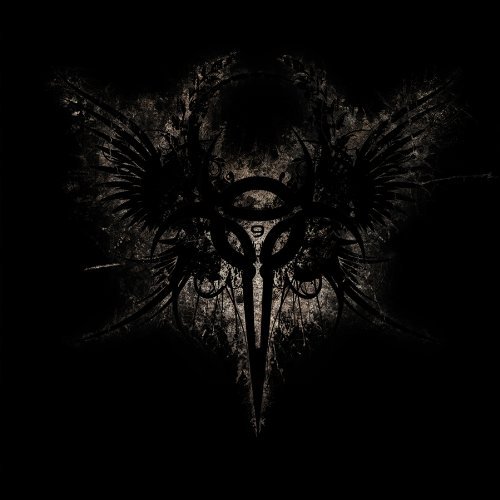 The opening track on the band’s second album is an atmospheric and dark introduction to this Industrial-black metal opus. ‘Soulless (The Maker’s Reflection}’ mixes cold electronics in with menacing voices before the title track ‘We The Fallen’ bulldozes the senses with Bellum’s pained screech. His wails are backed by an orchestra of military-like beats and some un-relenting Industrial elements to incite a vitriolic and vibrant cornucopia of brutal noise. The next offering, ‘Heartworm’ is our standout and it’s a violent and affecting anthem for the disenchanted and the loveless. This one will have legions chanting the lyrics at live shows as many will identify with the track’s personal themes. This one should rival ‘Parasitic’ as a new P9 standout. It will grab you by the hair and tear with biting guitars and a standout vocal performance. There’s also some fantastic drum work and the electro part that barge in give it an accessible and bouncy feel.

‘Thy Serpent Tongue’ will take old-school fans back to the early days of aggro-tech and pure dark electronica. On this, the Industrial elements dominate and while the synths will  bite and scratch at the synapses (in the nicest way possible, of course) while the lightening fast blast beats will inspire you to immediately bang your head and lose your mind within a bleak and visceral musical amalgamation of black metal and Industrial. Note the breakdown at around four minutes which sees the band go into complete overdrive pummelling the senses with frenzied vocals and stabbing orchestral elements. Meanwhile ‘Bloodwork’ is a potential mosh-pit anthem. We can’t imagine anything more intense than getting elbowed in the nose to this tune. Raise the horns high, get your goggles, boots and fluorescent wears out – it’s time to start the damn riot.

Next up, ‘The Derelict (God Forsaken)’ is an all-out metallic slam-fest that will satisfy fans of everything from Slayer to Dawn Of Ashes via Combichrist. This one features Nero’s vocals at their most violent and hard-hitting. The words run at a thrash-tastic pace while the drums and guitars create an epic wall of tinnitus-inciting noise that’s not for the faint-hearted. This track defines Psyclon Nine in 2009. The band are a musical apocalypse that will grow from out of many a black-clad teenager’s bedroom and many a frustrated working man’s desk. Of course this stuff certainly isn’t mainstream but the band has quite the cult following now and this track will drive the its supporters to create chaos worldwide. However, on ‘Widowmaker’ the group can be accused of trying to fit too much into a song and while this still carries serious impact and a major dose of venom, at times there is just too much going on.

By contrast, ‘There But For The Grace Of God’ is a brooding and simple piece that breaks down as furious guitars barge in along with some hypnotic choir calls and glitchy electronic tones. Dare we say it? This is the most sensitive track on the album but it is likely to become a favourite amongst the die-hard fans because of its intense nature. Similarly, ‘Suicide Note Lullaby’ strikes at the heart and keeps cutting with sharp guitars and diverse vocals for a touching and dark ballad that takes the emotion embedded within Paradise Lost’s work and chucks it in there with a chainsaw…nice. Things move forward with ‘As One With The Flies’. This is an atmospheric and creepy track – we’re telling you not to listen to it alone in the hopes that you do just to see what we mean. Pianos break the silence along with crushing beats at about one minute and 30 in. It’s evil and it’s sinister…of course you are going to dig it. The final tune ‘Under The Judas Tree’ will come as a surprise to everyone. It’s a predominantly acoustic track that features some enchanting and hypnotic sounds. Here, the band show themselves to be diverse as musicians and the vocalist Bellum displays his unique range. At times this comes off as a classic rock tune, though it’s got a little distortion in there too, alongside a lot of emotion and at around four minutes, it’s got some really heavy pulsating and chaotic Industrial metal sounds….which you know, are always welcome here.

This is probably the darkest and heaviest Industrial record you will hear this year. You can hear the influence of Godhead’s Jason Miller who was in the producer’s chair for this and definitely pushed the band to explore their more metal-orientated influences. There’s definitely a lighter feel than on previous records but nonetheless Psyclon Nine have created their best and most satisfying record to-date. Industrial never died it just needed rewiring, and anyone who thinks that the genre has no life left will get a big f***ing shock when they hear this music.

For more information visit the official MySpace. Check out our interview here.