Freshly signed to Remote Music and following up on the single and video release of ‘I Am Not The Enemy’, ‘The Ride’ is Resist’s first album for the label. You also might remember them from BBC’s ‘Live And Unsigned’ a few years ago; although I suspect that the band might prefer it if you didn’t. For those unfamiliar with them, Resist is a Manchester-based electro-rock five-piece who blend guitars, synths, and crystal-clear production with some frankly awesome vocals, care of their lead singer Misha. If you want to know more about them, there’s an excellent interview here that’s well worth a read. 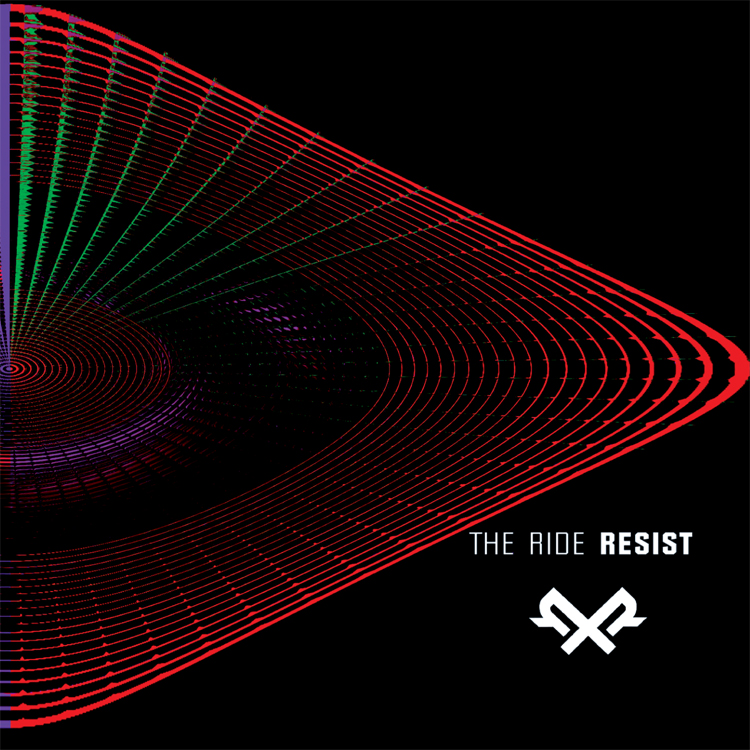 Despite our worries that we may have got off on the wrong foot with this album (our stereo needed a good kick before it would play, and the release notes were all in German…), it immediately grabbed our attention: ‘Tattooed’ is a punchy intro track that just scratches the surface of the band’s capabilities. ‘White Knuckle Ride’ blends a rocking sound with powerful vocals, and tosses in a few beeps for good measure. ‘Burning Up’ follows up in a similar spirit; with the rock sound marginally tempered by a seemingly Numan-inspired intro and instrumental breaks.

‘I Am Not The Enemy’ was the band’s single release, so you may already be familiar with it. If not then here’s a quick summary: Guitars, Piano, Soaring semi-operatic vocals. It’s a bit like Nightwish, but without the risk of breaking nearby glass and annoying household pets. Great stuff.

‘She’s Not Me’ is a rarity: A seven-minute track that holds my attention for the duration and doesn’t become dull or repetitious. It’s two-thirds over before we realise that this is Alanis Morissette’s ‘You Oughta Know’ for the alternative scene, minus any trace of that bloody annoying harmonica! Instead of Alanis’ whining tones (Don’t hate us Alanis, you were an awesome god in ‘Dogma‘) Misha instils in the lyrics a certain smugness that says, “You settled for second best“. For me it’s the best track on the album.

Smooth syths take to the fore in ‘Freak’, which is followed up by the somewhat more instrumentally-than-vocally-led ‘Addicted’ which is a little more melodic than other tracks on here. The band move towards a sexy sound with the next track: ‘Skin River’. It’s got that rolling, grinding, bedroom tone while still remaining fairly up-tempo. ‘Crush Me’ continues with the vibe, although for this scribe it’s the weakest track on the album. It’s not really that flawed, it’s just not as good as the rest. The album finishes on a fairly heavy note with the crisp riffs and staccato vocals of ‘Paralysed’.

Resist really are one hell of a band, and seem to have been poised on the brink of enormous success for an inordinate amount of time – we are not really sure how it’s escaped them.