‘Astrea’ is Rolo Tomassi’s third album brings the noise that only they can, and it’s as pure and simple as that. The album is loud, melodic and full of fury. From the first few notes of opening track ‘Howl’ you can tell the album is going to be an explosive cocktail of riffs and melodies. 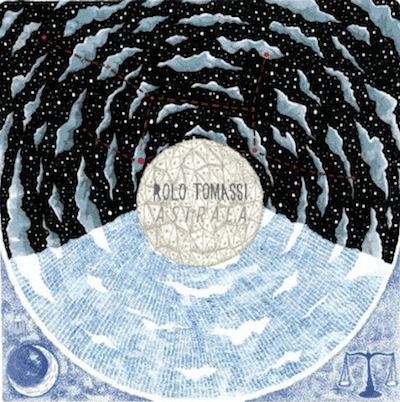 Eva Spence’s screams and shouts are as ferocious as always as she is flanked by crunching guitars, piercing synth lines and thunderous drums. The album continues like this for the first few songs of the record; all great, hard-hitting fast-paced tracks showing that Rolo Tomassi have not lost their hardcore roots. The album then takes a tempo change with ‘Empiresk’ which has a slow, melodic start, developing the band’s experimental side as well as Eva’s eerily angelic voice. It goes back to being heavy but still melodic, before ending with an irresistible breakdown.

After a brief (and unusual) interlude, ‘Gloam’ jumps in with a poppy synth riff before the tempo changes, letting all hell break loose again. For us, the last two songs are some of the best tracks on the album. ‘Illunis’ starts off with a riff before another epic breakdown and a melodic synth based ending which flows seamlessly into ‘Illuminaire’. This song showcases everything great about this album, as well as Rolo Tomassi in general, which is the mixture of the heavy and the light, the angry and the soft; a beautiful end to a very powerful record.