CD Review: Senser – ‘How To Do Battle’

‘How To Do Battle’ is the fourth album by Senser. For lack of better description, a political nu-metal band. They gained some mild commercial success in the mid 90s before disbanding. They reformed to release an album called ‘SCHEMAtic’ in 2003. Now they are releasing this… 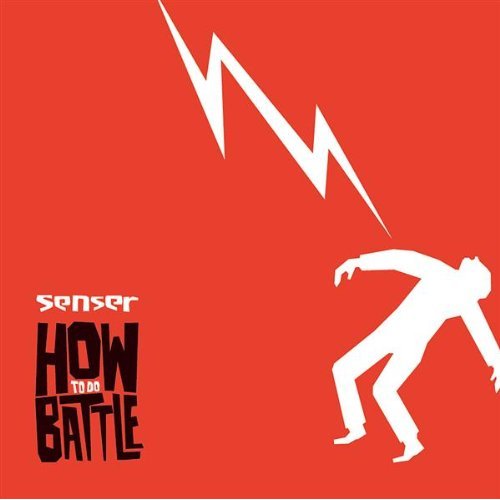 So what is this? That is a good question. Upon the first listen, after the intro track ‘Wake Up, You’re On Fire‘ finishes, the listener is greeted by the opening riff of lead single ‘Resistance Now’ – a riff so tasty it could well be covered in BBQ sauce. Within 10 seconds the vocals come in. Imagine the singer of The Streets grabbing Zach De La Rocha’s lyric book and going nuts with a Pantera guitar crunch. 20 seconds later he is shouting “Resistance!”. We am starting to think we have this pinned down. This is your average heavy band adding an English twist to spirit of RATM. Well no, one-minute-40-seconds in, female vocals provided by the band’s other singer, Kerstin Haigh, comes in. With that, the dynamic changes slightly. This new element works surprisingly well on this song, adding a more melodic twist.

‘2 3 Clear’ is the song, if I had to pick one, that will have people dancing on floors. The chorus has Al-Sayed spitting his lyrics through a Prodigy-styled beat. Kerstin then comes in and the ears are allowed a quick break from the relentless aggression. By the time we reach the track – ‘Dictator Bling’ it is obvious that this is a band that has almost too many similarities to Rage Against The Machine, if it isn’t the vocals, it’s the guitar or the baseline. Sure they inject something a little different here and there, but in the end it does feel like a tribute.

By contrast ‘The End Of The World Show’ starts with vocals coming at you at breakneck speed. The chorus has a nice old school punk style to it and some sing-a-long lyrics: “The end of the world show is a re-run, is a re-run” – We can already imagine the entire crowd singing along to it! While that is catchy, the rest of the song is instantly forgettable.

It’s at this point the album should have come to a close with ‘Smoking Paranoia’. The music is so sparse that there is no hook, nothing catchy, nothing that will make you remember it.

‘So Refined’ starts with big promises. I found myself excited for this massive heavy riff to come in and re-blow my socks off just as ‘Resistance’ did but unfortunately it didn’t happen and Kirsten’s vocal style in this case at least lack the intensity that the opening seconds promise.

By this point we are struggling. ‘Hex’ and ‘Fairytale’, while sounding like polar opposites of each other seem to merge together into something long and almost meaningless. Indeed, ‘Lights Out’ is the last real song on the album (the final track ‘Arturo’ is a pointless atmospheric synth-piece with little atmosphere). It starts with a desperate sense of urgency and desperation. The MCing has been mainly dropped to allow Heitham to attempt to sing this final number, but unfortunately it doesn’t work.

It appears Senser have organised this album from their best song to their worst. We do notice that the first five songs have a lot more substance than the rest. The frustrating thing about this album is that there are flashes of brilliance here and there but the inherent problem is that Senser are a political rap band, they are meant to have a point, but some of these songs are too chaotic and fast-paced to understand the core themes and ideas. Due to that, the political aspect completely misses its mark. We would recommend downloading some single tracks though. ‘Resistance Now’ and ‘2 3 Clear’ are easily the two best tracks on here and I recommend them. Unfortunately this album as a whole lacks the potential that it promised in the opening tracks.

Watch the live video for ‘Resistance Now’ below: