This deliciously dark EP from the Liverpool-based band sevendaysofnight seems to start out like a virtual airport for the mind – the sound blows silently through the jets, the plane takes off with ‘Rising To Paradise’, this gives a strong indication of what’s to follow – heavy guitars, ghoulish vocals and steady rock drums that build to create haunting and visceral soundcapes. 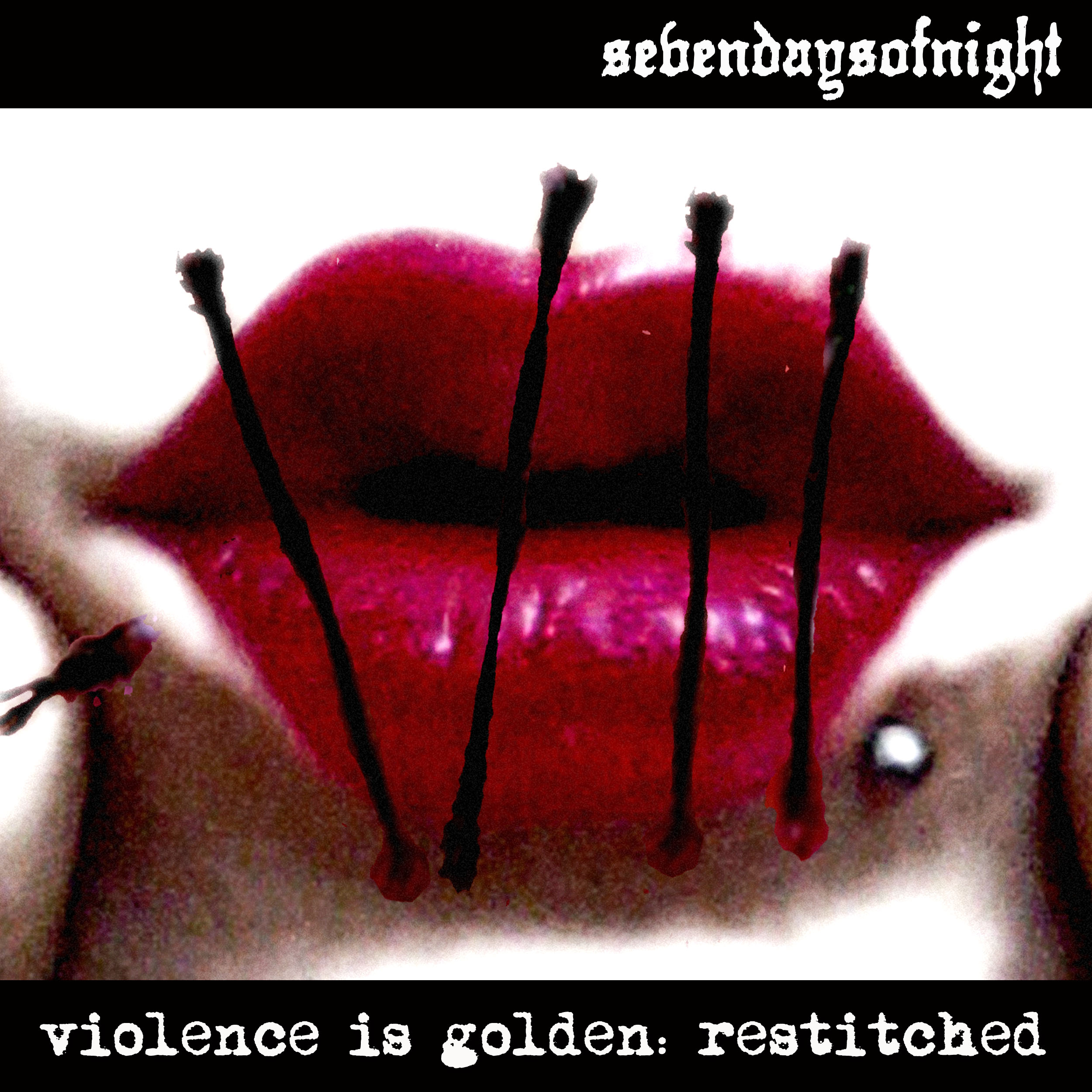 The next evolution of this decadent and dirty collection is offered with ‘Free Your Mind’. On this, programmed drumlines come together with distorted voices, sound-collages and looping digestible melodies which are obviously produced to entertain a dance-addicted community of the dark scene. It’s true that this stuff is not spectacularly new and it won’t blow your mind, but on one hand this is well produced and on the other, there is still enough blood and vigour embedded in this material to appeal to fans of old-school Marilyn Manson, the Murderdolls and Combichrist. It’s clear that sevendaysofnight are working hard to bring industrial rock back to the forefront of the UK underground scene.

This band demonstrate both their strong and weak points on this recording, with several remixes of five tracks from their debut (the original ‘Violence Is Golden‘ EP). At times (probably because it’s a remix album) there is perhaps to much emphasis on catering for the cybergoth community and as a result it doesn’t showcase their full potential as a rock band. Indeed the group is unique on the UK scene for their ability to melt industrial harshness together with electronic drive into a product Kraftwerk titled 30-years-ago as the ‘Mensch Maschine’, but on here this idea is enriched with some drops of carnal lust. The next level for the group should be a full-length with more ideas and personal identity.