World Versus Me – ‘Duel’

He’s an interesting guy, David Alvarez. A multi-instrumentalist, producer, singer, songwriter and arranger, he’s been determinedly ploughing his own furrow, well outside the mainstream, before launching the extremely oddly-monikered, World Versus Me (formerly Shaolin Temple of Boom). 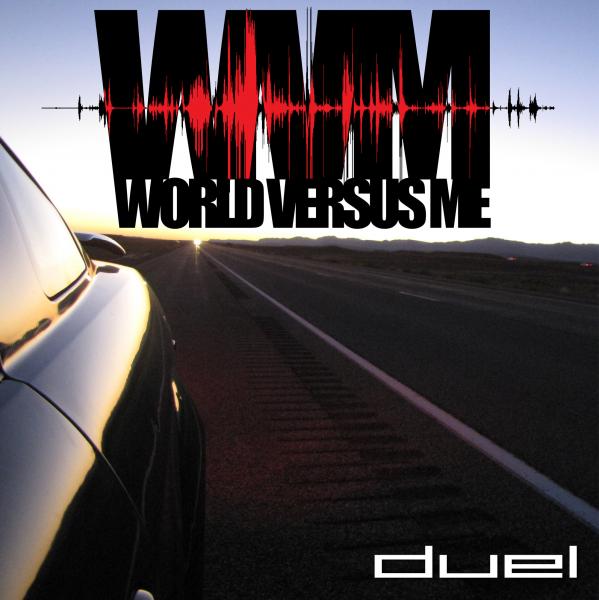 Alvarez is the project’s only permanent member and, as its sole songwriter, with all arranging, production and performance credits (except drums) also his responsibility, this is clearly a solo offering in every sense of the word that might actually mean anything.

‘Duel’ comprises six cuts and follows previous independent releases ‘ProjecKtor’, ‘Deus Ex Machina’, and ‘The Equinox’. All of which received critical acclaim from several quarters. Indeed, he’s the only unsigned artist, thus far, to be officially endorsed by Engl Amplifiers. However, that’s enough about the man; what about the music?

‘Passenger’ introduces us to the distinctive vibe of Shaolin Temple of Boom via an electro-dominated intro which segues into a mid-tempo, riff-driven slice of goth-tinged, hard rock. Initially, it seems as though Andrew Eldritch, Iggy Pop and The Doors have been kicking each other black and blue for control of the song but things soon settle down and the distinctive musical identity of Alvarez asserts itself. There’s a break-down at barely 48 seconds in and a further, synth-dominated middle-eight at 1.16 that contrasts nicely with the six-string histrionics and keeps things fresh and interesting. So far, good.

The second track, ‘Into Nothing’, throws the listener an unexpected curve-ball with an eighties-style, synth-pop intro that would have Bronski Beat and the Pet Shop Boys brandishing handbags and competing fiercely for bragging rights. The surprises, however, have only just begun as the first few bars give way to a driving dance-beat that would find pride of place on any Ministry Of Sound compilation before the satisfyingly hard-edged Alvarez guitar returns to propel the song along on an urgent tide of minor-key intensity, complete with ethereal keyboard refrain and a string descant that provides depth, texture and atmosphere by the bucket-load.

It’s tempting to dismiss ‘Mansions Of Thought’ as the disc’s red-headed step-child, desperately yearning for David Sylvian or Ryuichi Sakamoto to adopt it, so far does the balance tip toward all-out, abstract-electronica, sans guitar or indeed any other discernible, organic, musical instrument. However, at a scant one minute and forty seconds, it’s easy to excuse the track as a mere prelude to the song that follows.

This conveniently enough, happens to be the album’s title-track, ‘Duel’. By far and away the most aggressive cut on offer, the template established during the preceding songs is stretched to breaking point but just manages to retain sufficiently cordial relations with its musical siblings to remain sensible within the context of the album as a whole.

It’s a satisfying and pleasing experience to encounter an artist capable of establishing a strong, musical identity while simultaneously providing sufficient variety and diversity, from song to song and within each tune itself, to retain the listeners’ interest and attention.

This is an enjoyable, eminently credible release, striking just the right balance between conventional hard rock stylings and much more modern electro-dance grooves. Like the traditional, British tin of Quality Street, there truly is something here for everyone and you can be sure fans will have their favourite. Goths, clubbers and old-school rockers alike will find much to enjoy here, nestling snugly within the songs that make up ‘Duel’. One suspects we’ll be hearing a lot more from and about Mr. Alvarez, via World Versus Me or, quite possibly, some other vehicle. As far as we at Soundsphere are concerned, though, that’s absolutely fine and dandy.