It takes an almighty courage to do whatever you want and then expect people to just accept it. Too many musicians, it seems, make the kind of music other people want; jumping on countless band-wagons and playing it safe to ensure their success. It’s a novelty that means their music will be appreciated for a split second, until it is replaced by the next thing to come along. Shigeto does not do this, in fact the Detroit based artist seems to instead rewrite the rulebook of music, throwing away convention and replacing it with a style that is quite un-heimlich: familiar, yet so very different. 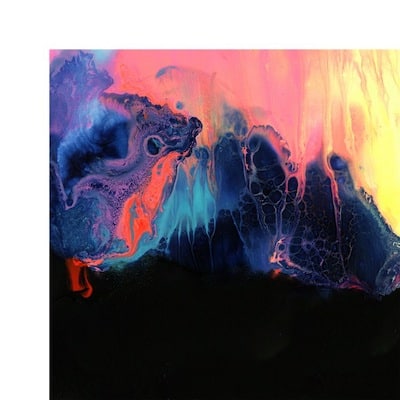 His newest album ‘No Better Time Than Now’ suggests an appreciation of the present; of the current music scene and the conventions that surround it. Yet his music brings together a culmination of past influences performed through modern means. Hip-hop beats, 80’s electro, lounge music and jazz rhythms are all replicated and emulated through synthesisers, loops and a generous amount of musical layers. It’s highly experimental, with many songs starting almost out of sync, until you realise that the song itself is evolving and changing as it progresses. Beats fall into place, electronic whirs and murmurs add depth and bass to a track, while arpeggios dance out of synths. Put together, this is thoughtful music with Shigeto’s inspirations and passion as the driving force.

The album concentrates heavily on Urban influence, mostly heard in the drums, claps and rattles of each beat, reminiscent of old school hip-hop, where rhythm is regarded more than volume. The use of electronic instruments means a generous use of effects and modulation to allow tracks to change into whatever landscape Shigeto wishes. Most songs on the album begin softly, a model which is either acted upon, or destroyed. ‘Ringleader’ is an example of an, overall, more positive track, with rustling chimes and liquid xylophone keys running into a rising beat. All the energy and chaos of a live percussion group is churned out, with one man behind it all, crafting it as he sees fit.

Moments of tranquility tend to be interrupted by moments of Urban decadence, with low bass tones and hisses from hi hats being a recurring pattern. The titular ‘No Better Time Than Now’ is such a song, with this rough, edgy tone hanging between softer moments, becoming gradually louder, almost like a jazz ensemble piece of futuristic proportions. This unpredictability and inconsistency makes things exciting; each track can become something completely different than how it begins. You won’t have so much a favourite song, than favourite parts of a song.

Shigeto also takes time to show his softer side, with ‘Silver Lining’ for example; a nostalgic trip through the album and its influences, with vinyl static, echoed vocals, piano keys and metallic drums, as if being performed in an antique shop, with whatever wares are at hand.

An electronic album that tries to be as organic as possible, ‘No Better Time Than Now’ is the definition of Shigeto’s unique style and sound. Songs are made with sentimentality in mind; open love letters to the musical scenes of the past, and the underground movements of today. Even during a second listen it all sounds new, familiar and very different.

no better time than nowshigetoshigeto interview 2013