CD Review: Sieben – ‘No Less Than All’

Apparently, Matt Howden is “a law unto himself”, we can hardly disagree on my first hearing of Sieben’s new collection of musical mastery. A dedicated artist to the beauty of performance this album reflects the complex wizardry that Sieben (Howden) projects though his violin, loop pedal and voice. The conception of Sieben occurred so that Matt could play live without any accompaniment, and each track on the album is a haunting creation of his often echoing voice (and violin-soaked melodies) which doesn’t need anyone else. 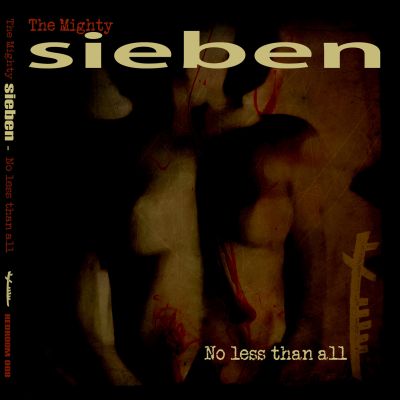 Matt goes to interesting lengths to find inspiration for his lyrics; googling his name and finding a preacher on the internet sparked his idea for the song ‘Online Preacher’ and the use of amazing photography inspires tracks like ‘I Saw A Face’. Each song on the album creates a hypnotic flow of originality that is often hard pressed to find in the music industry these days. From the opening track on the album, ‘Music Is Light’, Sieben walks you through a journey that is built up and up until you find yourself nodding along to the beat right through the entire album. His experimental sound and poetic lyrics like “roll the landscape, in see-through eyes, she drifts away, on midnight lines” takes his music far beyond the mainstream and it’s a refreshing change not to be bombarded by “the norm”.

With up-tempo numbers (up-tempo for Sieben, anyway) such as ‘In A Train’ and ‘Transmission’ interspersed with slower and more haunting tracks, the mood changes from song to song but without being too abrupt. Each track eases you perfectly into the next. The hypnotic ‘Online Preacher’ is the gem of the album with its exploration of online evangelism coupled with rhythmical beauty. Also featured on the album is a re-working of ‘No Less Than All’, previously produced on his album ‘The Line And The Hook’. This time chords have been changed to create, as Sieben puts it, a “more laid-back relentless” feel. Though his music is an acquired taste and may not be everyone’s cup of tea, if you enjoy folk mixed with classical influences then Sieben is definitely worth checking out. If you can skip over to Vienna in March or the Netherlands in July then you can catch Sieben live and watch the wonders of his work in person. Until then, settle down in a semi-dark room and soak up Sieben… on repeat …as the album dictates.