Some things in this life are sent to test us as humans: the films of Michael Bay, or the political career of Boris Johnson, to name but two examples. Slaves To Gravity are just the latest of these tests. To all intents and purposes they appear to be a four-piece hard rock band from London, acclaimed by many in the alt music press and fairly certain of a measure of fame and prosperity. What they in fact are, is an egregious malformed construct, possessing all of rock’s least vital urges. 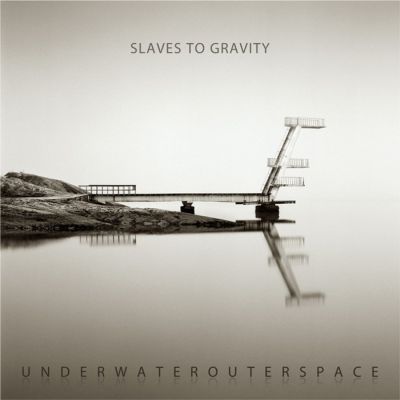 Basic human decency compels this writer to refuse to believe that such a band truly exists, that their names are mere covers for an unknown group of interlopers that have hijacked their identities in order to peddle music obstinately paddling in the shallow end of rock’s gene pool, never hoping to evolve or find a better sense of itself.

It seems preserved, a relic already held in aspic, rather than a vital human – or even humane – sound that drawn from inspiration or creativity. Lost echoes of Alice in Chains’ immortal ‘Them Bones’ lay buried in the limp, barely ascending riff that holds the opening track ‘Good Advice’ together. In daring to strive for those heights, it reveals itself to be a facsimile that could only have been produced in 2011, an imitation of the last great movement in rock history.

‘Underwaterouterspace’ is rock music re-imagined by a non-Earth-dwelling species, having an archive of Rolling Stone magazine covers as their only reference point. It is another morass of rock delivered meekly in the new century, without passion or rancor, with amps that betray their chronic lack of power and a lack of abuse. The overburdened and compressed production, the endless pinched guitar sound – the album feels as if carved out of polyurethane or some such other plastic alloy.

It has no beating heart whatsoever. No kinetics, no fire. It’s barely formed, a weird drop out of tempo its only redeeming feature. Is this really what satisfies the expectations of people in the 21st century? Are we that inured to the power of what music can summon, and what it can represent that we will let this travestied malformed semblance of rock stand in its place? Resist this with every fiber of your beings.