CD Review: Steven Wilson – ‘The Raven That Refused To Sing (And Other Stories)’

Home » CD Review: Steven Wilson – ‘The Raven That Refused To Sing (And Other Stories)’

Steven Wilson has announced the February 25 release date of his third solo album, ‘The Raven That Refused To Sing (And Other Stories)’, which is just that; a fantastic and sometimes supernatural story told through beautiful guitar solos, solid drum beats, driving bass lines, and haunting vocals. With a talented group of musicians and collaborators and nearly thirty years of experience, Steven Wilson produces an album that is nothing short of epic with this six song album coming in at just over fifty minutes long. 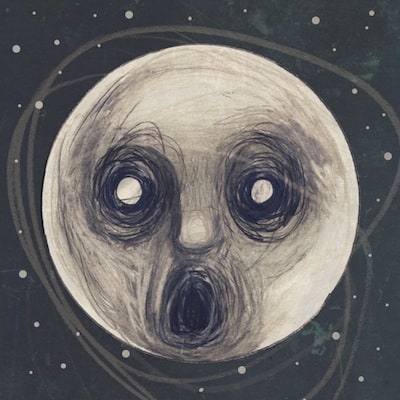 The story begins with ‘Luminol’, a tale of a street busker who plays his guitar for years with no intention of stopping. This track starts immediately with heavy drums leading into a soft flute solo, pushing the opposing styles of music early in the album. With over a minute of solid music before any lyrics the beautiful and lengthy guitar riffs help draw the 12 minute long introductory song to a close after the psychedelic vocals and lyrics work alongside the music to tell the story.

The triumphant end of the song leads into the next track ‘Drive Home’, beautifully and tragically telling the story of a couple driving together when the woman mysteriously disappears. The album continues with this supernatural slow paced song, reminiscent of Pink Floyd. What makes this album special and memorable is the combination of lyrics and music to convey several different stories of love, loss, and revenge.

Throughout the Edgar Allen Poe reminiscent ghost stories, the album comes to a heartwarming end with the title track ‘The Raven That Refused To Sing’, telling the story of an old man who lost his sister at a young age and is convinced she has come back in the form of a raven to take him with her to the next life. While the stories in the album are not directly related in any obvious way and lack some continuity, there is no denying the talent of this group and the passionate and thoughtful lyrics from Steven Wilson. Whether you’re a long-time fan, or are just looking for a beautiful and soothing album, this is definitely one to grab.