Right from the very beginning of the introductory track ‘Off-Purpose’, you cannot disregard the raw potential of this spectacular electronic album. Each track is essentially unique in both its style and its substance, whether it is the seven-minute hypnotic opening that gently lulls you into the vibe of the music, or the brief ‘Post Rhythm’ interlude that pervades with energetic ferocity. This diversity reveals ‘Off Purpose; to consist of many levels of complexity, with its ability to grapple with a whole range of electronically-charged effects and sounds. 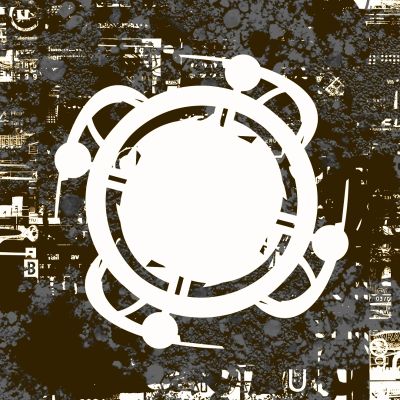 Whilst the rhythmic introduction acts as a sanctuary of regularity, the next few tracks ‘Trickledown’ and ‘Laptopmilk’ are much more upbeat. A sensation is given that this act is to be taken seriously; unlike mainstream music which drags itself through a worn maze of dull clichés, this collection has personality that cannot be turned off or even ignored. Political speeches are neatly interwoven into many of the tracks, which again reminds the listener that this artist has something to say that should be taken seriously.

The shrewdly titled ‘Lost and Found’ sits perfectly within the middle of the collection. It immediately becomes clear that this is the most lyrically demanding out of all the tracks, as the artist manages to successfully blend together resonant rhymes with an upbeat electronic background. Each second is rich with vibrant sounds, suggesting that deep beneath their experimental veil, Testtube are as precise and intelligent as their all of their eleven well-delivered songs. Eleven is a perfect number; it ensures that the album is as tight as a drum, and does not loose its energy by stretching it out amongst too many tracks.

When looking at the structure and position of each of the songs, it becomes clear that each is part of an overall intricate network. For example, the track ‘Apathy’ has an almost melancholic feel to it, which, above all, slows down the incessant energy built up from the previous track ‘Fodder Figure’. This complex process then reverses when ‘Square Peg Precision’ bursts into the picture screaming for attention. Through this we are reminded of the sheer flexibility of this experimental band; they have a unique ability to shift from energetic pace into transient sadness, and then back again.

To echo the lyrics delivered mid-way into the album, one has to ask: “do they deliver what they advertise?” Testube is the name of the artist, suggesting an almost Frankensteinian methodology to the composure of their music – which is certainly reflected in each of their tracks. Whether it is the electronic guitar-riffs in ‘Air’, or the tinkling culmination as performed in ‘Self Obseletion’, this artist is pushing against the boundaries of twenty-first century music.

As mentioned before, an acute sense of individuality is infused throughout each track. However, one thing can be said that applies to the entirety of the album: it will firmly grasp your attention, and toss it around ways that you couldn’t possibly imagine.