CD Review: The Gifted – ‘Forgive Me’

Since blasting onto the Sheffield scene in 2008, The Gifted have gone from strength to strength. Mixing electro-synth sounds, powerful rock riffs and melancholy industrial melodies, bandmates Andy Clarke, Gennie Dyson and Izzy have created a rather unique take on this arguably overlooked genre. No wonder many critics have labelled them one of the most potent industrial and electronic bands in Yorkshire. 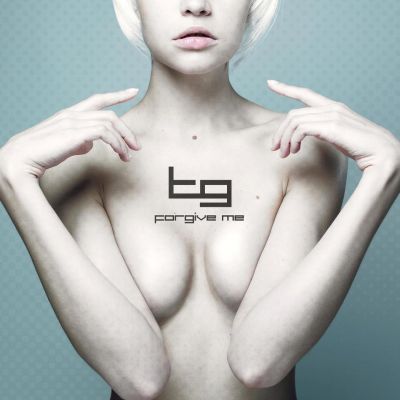 The act’s latest offering, ‘Forgive Me’, not only solidifies this title, but takes the band to a whole new level. Leaving their more political lyrics behind, The Gifted have taken a more personal and emotional path, taking the listener on a journey deep into the grungy core of Andy Clarke’s lyrical mind. The opening track ‘Entropy’ demonstrates the band’s full potential building up from delicate drum beats and synth to a hypnotic mix of melodies, riffs and vocals. This track fits its purpose; leaving you wanting more. This is then followed by a more sombre track. ‘Keep You Close’ is a truly emotional track; its piano melody being intertwined with entrancing Nine Inch Nails-style synthesizer.

You’re then hit with the unnamed third track (simply styled as ‘<<‘) which cuts through the album like Hadouken after too many energy drinks. This techno wonder really shows off the band’s electro potential, but diverts from the overall feel of the album, causing a bit of a void. Fortunately, ‘Unknown’ takes us backs to the true feel of the record, reverting back the metal style guitar riffs and Andy’s woeful, charming vocals.

The next two tracks ‘Fell Down’ and ‘Catch Me’ are true industrial anthems successfully combining catchy electronic drum beats, powerful guitar riffs and sorrowful vocals. ‘IO’ soon follows, another interlude, which takes a more traditional guitar and drums route. Perhaps a combination of the unnamed third track and ‘IO’ would have worked better, as neither interlude appears necessary. Track eight of the album is one of the most impressive. ‘This Makes Me Feel Alive’ truly lives up to its name generating a sound that even die-hard electronic rock fans would find difficult not to rock out too. There is a chance to catch your breath, however, in the form of ‘Switch’. This mellower track still keeps the dark and moody vibes alive but does so with less force, allowing you to appreciate the simplicity of it all.

The final track also happens to be the title one. ‘Forgive Me’ truly portrays the band’s sound. This track is a culmination of all the ideas found on the album, mixing rock, industrial and metal to create a highly memorable closing song. The band really appears to have found their sound. With tracks like ‘Entropy’, ‘Catch Me’ and ‘This Makes Me Feel Alive’ the unit displays their creative nature allowing you to feel their passion. ‘Forgive Me’ really sets The Gifted apart, not only securing their title as one of Yorkshire’s best (and only) industrial bands with some potential anthems, but setting a high benchmark for others. ‘Forgive Me’ is available to purchase and download now via iTunes.

For more information visit the official The Gifted Facebook page.