CD Review: The Glitterati – Are You One Of Us?

As the second album from the award-winning act, the spotlight is now on The Glitterati’s ‘Are You One of Us?‘ As the band name suggests, this album is bursting with glam-rock party tracks and the band are seemingly challenging the audience to join in. It is however edgier than the old-school glam, and this music updates the sound and makes it more accessible to younger audiences. This is can be partly attributed to producer Matt Hyde (Slipknot, Bullet For My Valentine) who has obviously helped the band progress and evolve. 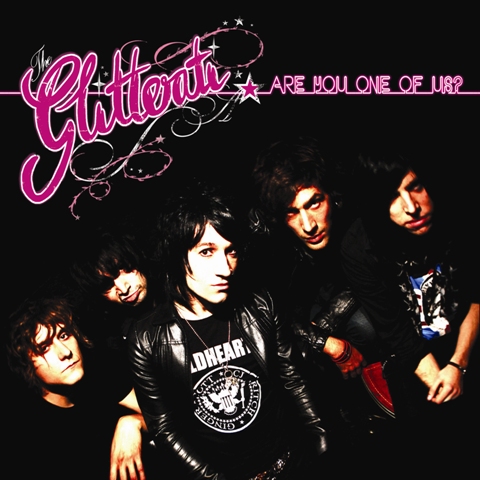 In the five-year gap since the previous album, as well as a change in the line-up, Paul Gautrey (vocals) John Emsley (lead guitar) Billy James (drums) Baz Morrison (bass) and Gaff (rhythm guitar) have had the chance to explore and portray the twisted mess of relationships, whether it’s between a lover or dare we say, record label?

The music draws on a variety of influences, most notably from the early 80s and onwards, however the sweat-drenched riffs and skyscraping modern rock melodies that are added to the classic Guns And Roses-tinged sounds make it a solid and instantly catchy modern production. This, coupled with the motley tempos and variety not only between, but within tracks keeps your interest at least enough to let you listen the whole way through and not get bored or want to skip anything.

On the whole, the angst-ridden album does have its highs and lows. This menacing-yet-appealing mood is established with the air guitar-baiting intro, ‘Right From The Start‘ – from this, we have the scene set for the next 12 tracks with energetic riffs and innovative hook-lines – notably within the catchy ‘F***s Me Up‘ and the defiant anti-anthem ‘Fight Fight Fight‘ which suggests the album and its creators would be very worth experiencing live.

As the closest offering to a real rock ballad in 2010, ‘Shanty‘ invites your intrigue and lifts you but the swaggering and grinding ‘Too Many Girls‘ and ‘Overnight Superstar‘ give a contrasting gritty sound to bring you back down to earth. The latter, as well as ‘Cash Cow‘ provide some delightfully dark rock with a glamorous twinge – musically, these tracks seem playful, but themeatically they delve into the dirty realities of superstardom and false promises.

Coming up to festival season, everyone’s got on their black skinny jeans and sparkly rock waistcoats and album no.2 from this Leeds band might potentially have a few good tracks for the masses to get their glitter on to.