CD Review: The Loose Hearts – ‘How We Are Now’

All the best debut albums these days are thick with convincing ease and buoyancy, and ‘How We Are Now’ is no exception. This Liverpool-based four-piece manage to juggle lyrics of substance with catchy, upbeat melodies. 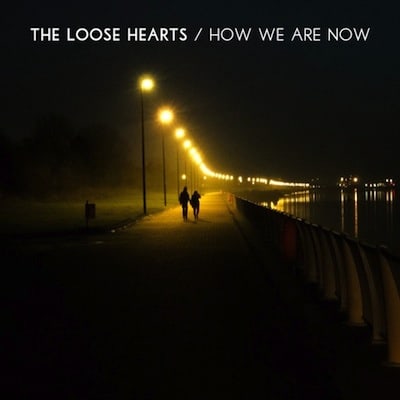 Previously named Amy In The White Coat, The Loose Hearts have executed a competent debut album, one happy to adhere to the indie standard. With Luke Papini (lead vocals and rhythm guitar), Chris Mitchell (lead guitar and backing vocals), Ciarán Steward (bass and backing vocals) and Joshua Hill (drums and backing vocals), this band creates a fresh sound combining distinct elements of pop, soul, rock and a hint of blues.

This is an album indebted to The Strokes-esque indie, with a mix of twangy guitar and strong soulful vocals. There is no lack of variety from this Liverpudlian band; the songs only evolve and flourish as the track list progresses and are played in a remarkable fashion, giving the music its own distinct sound. The constant shifts between tempo and mood carry the tunes through smoothly and swiftly without getting dull.

Admittedly, the typical chord sequences used in so many songs of the indie/pop genre often dominate the tracks like ‘Can’t You See’, however it is accompanied by a syncopated guitar beat and blues drum rhythm, to give the tracks contrast, making it clear and easy to interpret their music and pinpoint their influences. It is easy for anyone to slump new, youthful indie bands together and be convinced they’re all the same, when you’ve listened to one, you’ve listened to them all, but it is these unique musical characteristics that make a group stand out as an established artist. You don’t have to be able to break new ground in order to have your own sound, and The Loose Hearts are perfect examples of this.

The title track feels like a true centrepiece, a vehicle for The Loose Hearts to stamp their mark down on the industry, telling carefree, sunny tales of quiet anguish. Fans of The Pigeon Detectives and The Libertines will enjoy jauntier cuts such as ‘Boys ‘Round Midnight’ and ‘Wind Chimes’ which reflect the way the pieces of the band fit together and produce such a thrilling sound. The pulsing way they use intervals, speed and distortion is what gives the tracks such a striking, melodic side.