CD Review: The Menzingers – ‘On The Impossible Past’

Home » CD Review: The Menzingers – ‘On The Impossible Past’

There’s something very “old school punk rock” about The Menzingers. They call to mind the likes of The Clash and The Ramones as well as bands such as early Alkaline Trio and Blink 182 and fans of AFI and The Gaslight Anthem will enjoy this record. A four-piece consisting of Joe Godino, Greg Barnett, Tom May and Eric Keen, they formed in 2006 in Scranton, Pennsylvania. This is their third album and these guys are going from strength to strength. Anthemic, heartfelt and lyrically emotive, the focus here is not so much on experimental sound or pushing musical boundaries but the lyrics themselves. 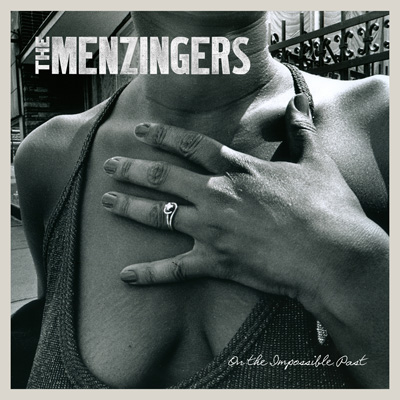 Opening with the words “I’ve been having a horrible time”, ‘Good Things’ sets the tone for the whole album. One of the best tracks on the record, the punk rock sensibility comes though immediately and you really get a sense of anguish and passion from the way the words are screamed. ‘The Obituaries’ is a tune that starts off well with a catchy guitar hook and an easy-listening vocal (though is reminiscent of a band like The Who, bad thing?) and the resonating words of “I will fu** this up, I fu**ing know it” end the track. The next effort, ‘Gates’, is the pinnacle of the record. At just over four minutes, it is one of the longest on the album, but you’ll wish it would go on forever.

Beginning with some jangly guitar picking, the tune has a slower pace than previous songs, but the lyrics are inspired, and you’ll have a job not singing along. The semi-spoken delivery of the verses of ‘I Can’t Seem to Tell’ works beautifully against the screams the chorus and emphasises the anger and frustration. You get a hint of a cheeky bass-line too between the raucous guitar and the subtle, sturdy backbone of the drums.

Some of the songs do seem a tad bland however, and with the overall middling tempo of the whole album, they can melt in to the black hole that is generic punk-rock-pop. Similar themes of heartbreak and regret run through the entire record which, though adding to the cohesive nature of the overall thing, can regrettably mean that some tracks are easily forgotten (‘Ava House’ would fall into this category).

‘On the Impossible Past’ is by no means flawless, but what kind of a punk rock record would this be if it was? With influences ranging from the classic rock and punk bands to modern ones, The Menzingers are slowly carving out their own little niche.