CD Review: The Pineapple Thief – ‘All The Wars’

Home » CD Review: The Pineapple Thief – ‘All The Wars’

The Pineapple Thief began their journey in 1999, and had a rocky road ahead of them on their way to the top. However, their music has developed leaps and bounds since their first release and this new one is no different. ‘All The Wars’ is an album that deals with the conflicts we face in life and in the world, and it does so fantastically. 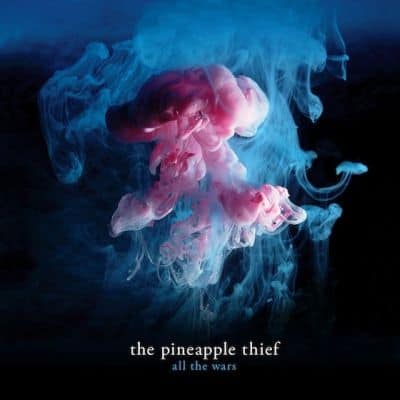 This record could definitely be described as a sombre album. Don’t let this put you off, instead prepare for the emotional whirlwind of a lifetime as the lyrics suck you in to the story of the album, allowing you to explore with the band the deep sense of conflict with the world that this album presents. The rising and falling elements of the songs toy with you, demanding that you feel the same emotions that the vocalist himself portrays.  Songs such as ‘Last Man Standing’ for example, allow you a glimpse into the deep-routed anger of the protagonist of the song. The slow, drawn out build-up of the guitar and drums explode into a deafening outburst of emotion, which is then, almost as quick as it came, suddenly cut off and we return to slower paces. This band knows how to make you feel, and they know how to manipulate your emotions with their instruments, making you rise and fall just as easily as their crescendos. Accompanying such explosive songs are some slower paced ones, such as ‘Reaching Out’. This track is much softer, as the instruments combine together to create a melodic, easy-listening feel.

‘All The Wars’ is an album that comes highly recommended to any lovers of rock, and it will definitely still be on your playlist in ten years’ time. The Pineapple Thief’s rise to fame hasn’t been an easy one, but with the release of their latest offering it will be cemented.

It will be released September 3 via Kscope in multiple formats.